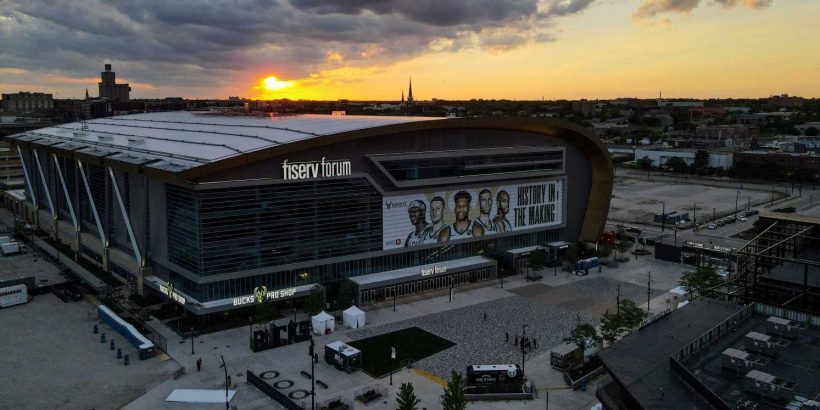 The Milwaukee Bucks have issued a formal response to popular ESPN show "First Take" in the wake of comments made during Tuesday's show that dissed their home city.

Guest Damien Woody, a former NFL offensive lineman, started it by asking Stephen A. Smith if he was concerned with the potential destinations for the NBA Finals (the other remaining teams are the Los Angeles Clippers, Phoenix Suns and Atlanta Hawks).

"Do you really want to be in Milwaukee? Is that where you want to be?" Perkins asked sarcastically.

Host Molly Qerim Rose jumped in to mention she wasn't sure if the show planned to travel to the host cities during the Finals, and appeared to find satisfaction in that.

"It's going to be terrible cities," she said. "Good karma for me on that end."

That prompted the Bucks to post an open letter directed to "First Take" from president Peter Feigin, who wrote in part:

"When's the last time you were in Milwaukee? Must be a while. I would love to personally give you a tour. Our eclectic and exciting neighborhoods, one of the best dining scenes in the country, and our spectacular Lake Michigan waterfront, you'll experience it all.

"Oh, by the way, Milwaukeans (sic) are very nice. Look forward to hearing from you."

ESPN’s First Take disses Milwaukee, referring to it as a ‘terrible city’

"I don't believe I've rooted for the Atlanta Hawks or Los Angeles Clippers more in my life," Smith said.

The Fiserv Forum is seen as the sun sets Tuesday, June 22, 2021, in Milwaukee. Game 1 of the NBA Eastern Conference basketball finals between the Milwaukee Bucks and Atlanta Hawks is set to begin Wednesday. (Photo: Morry Gash, AP)

The Eastern Conference Finals between the Bucks and Hawks starts Wednesday at 8:30 p.m. ET on TNT.