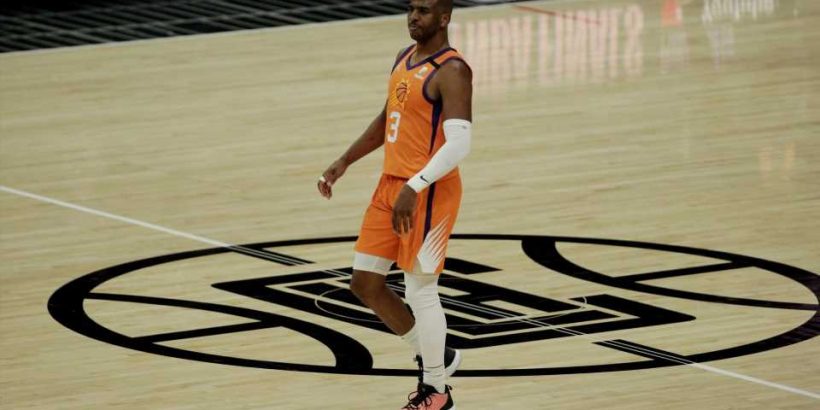 Chris Paul has reportedly declined his third-year, $44.2 million player option, per Shams Charania of The Athletic.

Paul joined Phoenix in November via a trade with the Thunder alongside Abdel Nader; in return, Oklahoma City received Kelly Oubre Jr., Ricky Rubio, Ty Jerome, Jalen Lecque and a 2022 protected first round pick. With Paul running point for Phoenix, second-year coach Monty Williams led the team to a 51-21 record and the No. 2 seed in the Western Conference.

Despite Paul declining his player option, there is hope — much like with Kawhi Leonard and the Clippers — that he and Phoenix can reach terms on a new deal. Per ESPN’s Adrian Wojnarowski:

Paul’s decision to decline his $44.2 million option was expected, as it will allow him to renegotiate a bigger contract with the Suns. As pointed out by ESPN’s Bobby Marks, the “over 38 rule” in the collective bargaining agreement — which dictates teams can’t offer players a four-year contract if they turn 38 during its duration — makes Phoenix the favorite to re-sign Paul, who is currently 36 years old.

If Paul opts to leave Phoenix for a team he thinks could give him a better chance at reaching that NBA Finals championship — the 11-time All-Star made his first Finals appearance in 2021 with the Suns, who themselves made their first such appearance since 1993 — then another team that has cap space and interest in him is the Knicks (New York lost in the first round of the Eastern Conference playoffs to Trae Young and the Hawks).