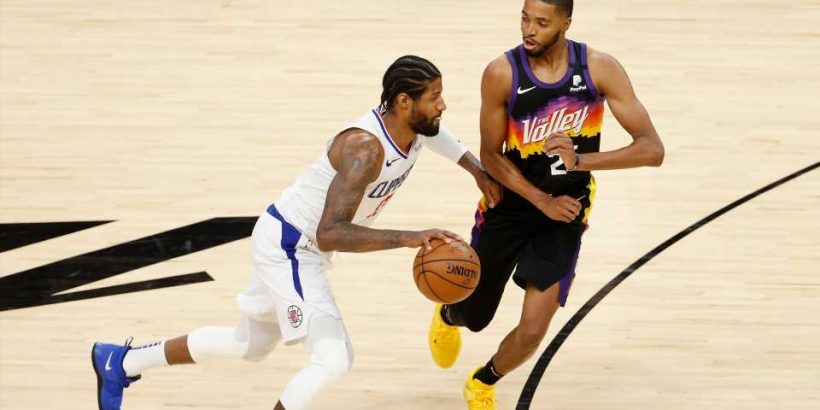 Facing elimination from the Suns, the Clippers needed another strong performance from Paul George to have any hope of taking the series back to Los Angeles.

What they received was nothing short of sensational.

George had the highest scoring playoff game of his career, scoring 41 points on 15-of-20 shooting with 13 rebounds, six assists and all eight free throws to help lead the Clippers over Phoenix 116-102 on the road. Arash Markazi pointed out on Twitter, courtesy of Elias Sports Bureau, that George’s performance in that regard was historic.

The latest outing by George wasn’t a fluke by any means. He has delivered all postseason for Los Angeles.

Eighteen games through the postseason, he has yet to have a game where he scored fewer than 20 points. He joins Michael Jordan, Kevin Durant and Kobe Bryant as the only other players in NBA history to achieve that feat, according to ESPN Stats. He’s contributing in all facets of the game, having already reached 174 rebounds and 100 assists as well.

And it’s not like it has been quantity of shots over quality: George is making the most of nearly every shot he’s taking. He’s shooting 44.3 percent from the field, including 34 percent from 3-point range. Among players who have attempted at least 300 field goals and 100 3-pointers in a single postseason, George ranks 28th in NBA postseason history with his 44.3 percent success rate. Among those who have also contributed at least 150 rebounds and 100 assists, only LeBron James in 2017 (56.5 percent), 2020 (56 percent) and 2018 (53.9) has done better.

Even just from a personal standpoint, this has been George’s best postseason. He has already well surpassed his previous career-high in total postseason points at 429, which he accomplished in 19 games in 2014. He surpassed that total in Game 17 of this stretch.

And the success could not come at a more important time for him and his team. The Clippers have missed Leonard’s presence in the lineup as he continues to miss time with a knee injury. Leonard hasn’t played since Game 4 of the Western Conference semifinals.

Since Leonard has gone out, Paul is averaging 30.9 points, 11.3 rebounds and 6.1 assists per game, all while maintaining an accurate shooting percentage of 44.1 percent and 31.7 percent from 3.

The Clippers still have to win two more games, but Game 6 will be back in the friendly confines of the Staples Center. If he keeps playing the way he has been going, he’s going to be tough for any Suns defender to stop.