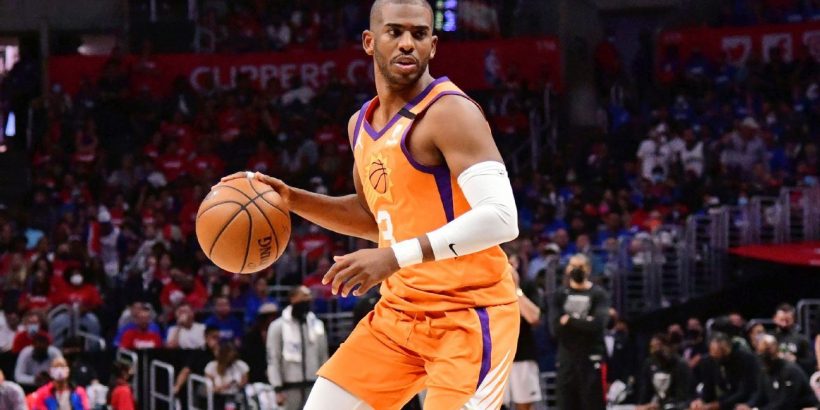 While the Milwaukee Bucks and Atlanta Hawks battle it out to determine the Eastern Conference representative in the NBA Finals, ailing Phoenix Suns star Chris Paul says the extra days off before the first Finals appearance of his 16-year career have been helpful.

Paul revealed after the Suns’ clinching Game 6 win over the L.A. Clippers in the Western Conference finals on Wednesday that he played with partially torn ligaments in his right hand during the series.

Asked on Saturday how he was able to get through the competition with an injured shooting hand, the 36-year-old point guard shrugged off the challenge.

He could have used a far stronger superlative to describe his performance in the closeout game, when he tied his playoff career high of 41 points, while shooting 16-for-24 from the field. 30 of those points came in the second half when the Suns pulled away to secure their first Finals berth in 28 years.

After dealing with a nerve issue in his shoulder in the first round against the Los Angeles Lakers and contracting COVID-19 between the second round and the conference finals, Paul was appreciative of some time away from the game to rest.

“Each day that we’ve had off has been really good, and we all get a chance to rest up a little bit before we get it going again,” Paul said.

Game 1 of the Finals will either be this Tuesday if the Bucks win Game 6 or Thursday if the Eastern Conference finals goes to a Game 7.