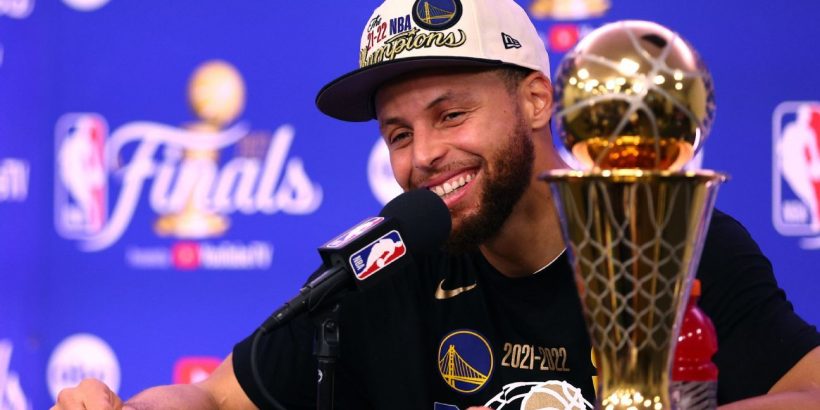 “I’ve had the pleasure of attending The ESPYS but never imagined I’d have the privilege of hosting this special event,” Curry said in a statement. “As someone who loves the intersection of sports and entertainment, I look forward to delivering an exciting show for the fans while we celebrate the athletes who created the top moments of the year.”

Usually displaying a more soft-spoken public demeanor, Curry coined himself the “Petty King” during the NBA Finals and then backed up his words, showing a new side to his personality that could bode well for a hosting gig.

He wore a shirt that read, “Ayesha Curry Can Cook,” in direct response to a sign in Boston that suggested the opposite. He repeatedly said, “What can they say now?” after the Warriors won their most recent NBA title. His “night night” celebration went viral and has been replicated across sports.

“Steph has long been one of the brightest stars in the sports constellation, and we’re thrilled to have him share his passion for sports, his wit and his boundless talent with The ESPYS,” Rob King, executive editor-at-large, ESPN Content, said in a statement. “Whether shining on the court, engaging with fans on social platforms or demonstrating a commitment to communities through varied philanthropic acts, he’s a singular performer who’ll undoubtedly add luster to our celebration of some of this year’s most compelling moments.”

This season, Curry surpassed Ray Allen for the most career 3-pointers made in NBA history. He won his first Kobe Bryant All-Star MVP award after scoring 50 points and knocking down a record 16 3-pointers. He won the inaugural Magic Johnson Trophy as MVP of the Western Conference finals and his first Bill Russell Finals MVP Award after the Warriors clinched their seventh title and Curry’s fourth.