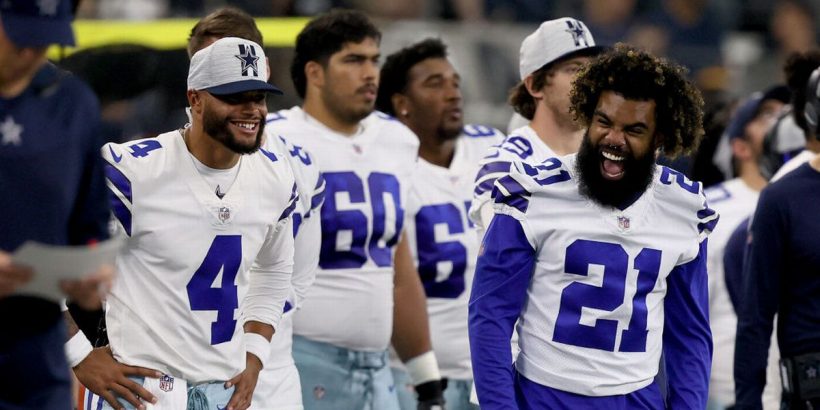 Dallas Cowboys have been backed to have a strong year as the new NFL season gets underway on Thursday night.

The Cowboys take on Super Bowl winners Tampa Bay Buccaneers in the curtain-raiser in Florida.

While the Bucs, led by quarterback Tom Brady, went all the way last year, the Cowboys struggled, finishing with a 6-10 record.

They weren't helped by quarterback Dak Prescott suffering a compound fracture and dislocation to his ankle in Week 5, while the defense struggled too.

But with a strong offseason, and Prescott fit again, two-time Super Bowl winner Osi Umenyiora is backing the Cowboys to bounce back.

"They have all the talent in the world," Umenyiora said. "They got a very good quarterback, offensive linemen coming back, good receivers.

"So they have everything going for themselves. And also they're in a pretty weak division, which is the NFC East.

Who will win this season's Super Bowl? Let us know your thoughts in the comments section below

"So should they be able to make that step forward? We sure hope so and this should be the year that they do it."

Though it couldn't be a harder start for the Cowboys, coming up against Super Bowl winners Tampa Bay Buccaneers in the opening game of the season.

Umenyiora added: "Well, obviously you get the defending champions coming in. Everybody wants to see what Brady and the Bucs are going to do with all his

"People always talk about Brady, but it was the defense that carried them to the Super Bowl and obviously they're going to be playing against the Dallas Cowboys, 'America's' team.

"So we want to see what this new revamped defense is going to bring for the Dallas Cowboys.

"So it's a very good game to kick off the season. I think we're going to get an outstanding football game."