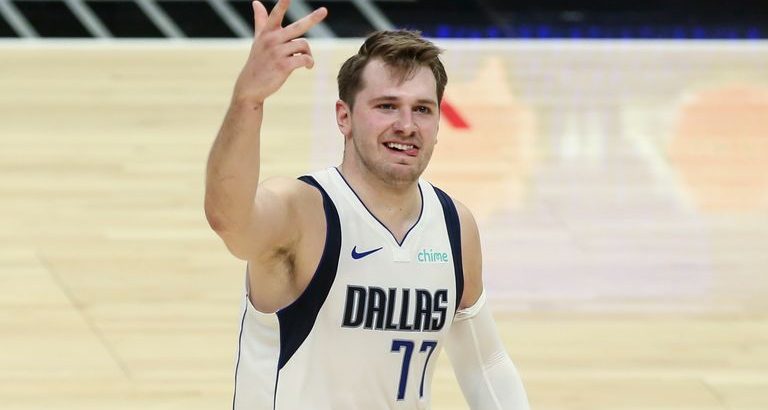 Mark Cuban is suddenly without a coach and general manager after the Dallas Mavericks were one of the models of stability in the NBA for more than a decade.

The owner’s next moves figure to be all about superstar Luka Doncic following coach Rick Carlisle’s decision to quit a day after the club announced the departure of longtime GM Donnie Nelson.

The loss of Nelson was of more consequence for Doncic, who was a teenager playing professionally in Spain when Nelson started courting his latest European prodigy. Doncic was drafted 20 years after Germany’s Dirk Nowitzki, who led the Mavericks to their only championship in 2011.

“It was kind of tough on me,” Doncic told reporters in Slovenia, where he’s preparing to help his home country try to qualify for the Tokyo Olympics. “I really like Donnie. It was tough on me, seeing that, but I’m not the one making decisions there.”

Sure enough, Cuban’s first move appeared to be with Doncic in mind. The Mavericks added Nowitzki as an adviser on Friday, two years after he retired at the end of his only season with Doncic. It was enough time for the European stars to bond.

While the Mavericks kept the same trio of decision-makers in Cuban, Carlisle and Nelson for 13 years, they couldn’t win consistently in the playoffs. Dallas haven’t won a postseason series since the 2011 NBA Finals.

After Doncic’s second career playoff series ended the same way as his first a year earlier – an opening-round loss to the Los Angeles Clippers – Cuban said Carlisle would return as coach.

There wasn’t any indication Nelson was leaving either, with the son of former Dallas coach Don Nelson telling reporters the day after the season ended he was looking forward to continuing to build around Doncic through free agency and trades.

Nelson’s departure after 24 seasons with the club came within days of a report in The Athletic detailing a power struggle in the front office. Carlisle’s decision wasn’t surprising given his relationship with Nelson, who once called Carlisle “our Jerry Sloan” in reference to the former Utah coach who led the Jazz for 23 seasons.

That’s not to say Carlisle wasn’t close to Cuban, who has often said he believes the most difficult thing in pro sports is finding the right coach.

“Rick has been a great friend,” Cuban told The Associated Press after Carlisle’s decision was announced. “There are not words to express how grateful I am for our time together.”

Cuban plans to replace Nelson before naming his next coach. Carlisle is the winningest coach in franchise history, going 555-478 in 13 seasons. 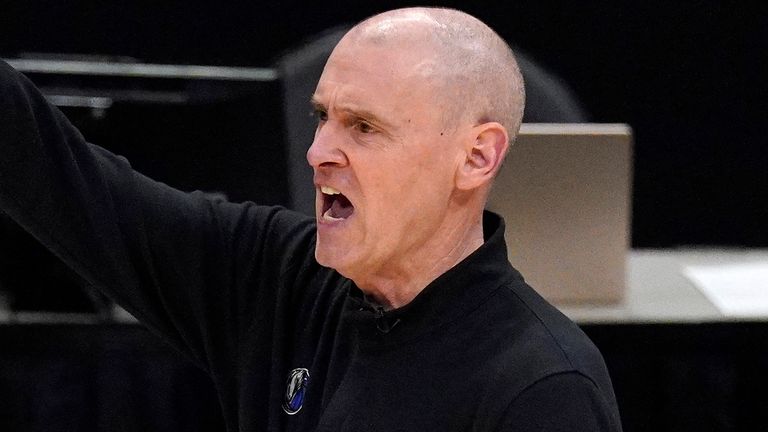 His lead assistant, Jamahl Mosley, should be a solid candidate. Mosley drew praise from Doncic after filling in this season when Carlisle had a false positive test for COVID-19 and was forced to miss a game at New York.

The 22-year-old will be eligible in August to sign a five-year extension expected to be worth about $200m. The two-time All-Star can’t sign for that much anywhere else, and the Mavericks would get to match any offer anyway.

Instead, the pressure is on Cuban to keep his immensely talented point guard in Dallas as long as Nowitzki, who set an NBA record by spending all 21 of his seasons with the Mavericks.

A big part of Nowitzki’s lengthy tenure was his loyalty. The NBA’s sixth-leading scorer didn’t have an agent, and he simply decided early in his career Dallas was where he wanted to be.

Nowitzki’s reward was the 2011 championship, won without another superstar, just a crafty veteran point guard in Jason Kidd, an expert in leadership in center Tyson Chandler and a group of role players led by shooting guard Jason Terry.

And Nowitzki is back at Dallas having been appointed as a ‘special adviser’ as the franchise searches for a new GM and head coach. Former GM Nelson’s biggest play to give Doncic a sidekick was the blockbuster trade with the New York Knicks that brought Kristaps Porzingis in 2019. The idea was similar to what Nowitzki provided – a tall three-point threat to create space for other scorers.

Porzingis was little more than a decoy for most of the latest playoff loss to the Clippers, clouding the 25-year-old’s future as part of a duo with Doncic. This will be the hottest topic for the new GM and coach.

While the lure of a life-changing extension for Doncic is the biggest asset Cuban has in suddenly tumultuous times, the roughly $102m due over the final three years of the Porzingis deal is a potential albatross.

Cuban is about to have a new set of voices to seek answers.