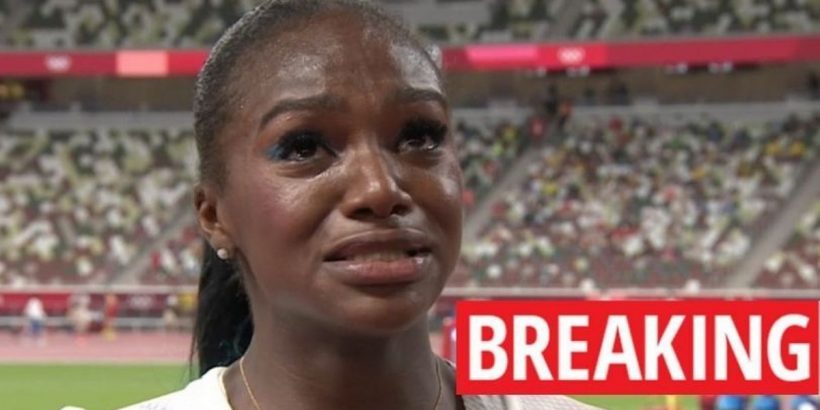 Dina Asher-Smith broke the hearts of fans across the world with a tearful interview as she confirmed her 200m withdrawal – and the end of her Olympic Games.

The Brit, 25, failed to qualify for the 100m final earlier on Saturday and has now announced she will not run in the 200m either.

Asher-Smith was speaking to the BBC afterwards and couldn't fight back the tears after being asked if she would be able to take part in the event.

The Team GB poster girl began sobbing as she asked the interviewer to give her a moment.

"Obviously I'm so disappointed not to make the final because this is Tokyo 2020, it's everything I've trained for fo the past two years," she said after composing herself.

"But the last few weeks of my athlete life have been absolutely insane.

"I wanted to come and be completely upfront with everybody on my form and life and just what has happened.

"I pulled out of both Stockholm and Gateshead because in the trials final, I actually pulled my hamstring at 60m, I tore it pretty bad and I was initially told in Manchester that it was a rupture and that I would require surgery and it would take three to four months to get back.

"It's been a lot to deal with because quite frankly, with that diagnosis, I just can't go to Tokyo, so we had this whole statement ready to go but then I thankfully went and got a second opinion and it was a slight misdiagnosis.

Even though there was still a tear, it wasn't a rupture, my hamstring was still attached, so we turned over every single stone to make sure I can stand on the line."

Asher-Smith crashed out of the 100m earlier on Saturday after finishing third in her semi-final.

Her time of 11.05 was trumped by fellow Brit Daryll Neita who qualified for the final.