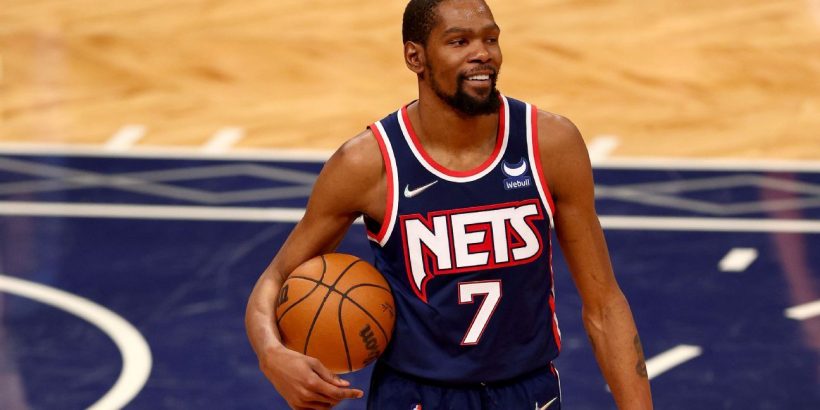 NEW YORK — Brooklyn Nets star forward Kevin Durant wants to “move past” an offseason that was consumed by his trade request and his future with the organization.

“Can we move on past that at some point?” Durant said after Friday’s practice. “I know it’s an interesting story. I know that it took up most of the offseason and drama sells, I get that, but I didn’t miss any games, I didn’t miss any practices, I’m still here. So hopefully we can move past that.”

Durant requested a trade in June and reportedly asked for coach Steve Nash and general manager Sean Marks to be fired later in the summer. He pulled back his request in August and says now he still believes in the Nets’ future together. After Nash said earlier this week that he didn’t “100 percent” believe all the reports that came out this summer, Durant was asked specifically if he thought there were any inaccuracies about what was reported during the summer.

“There’s a lot of s— that was inaccurate,” Durant said. “But it’s like I don’t want to go through it right now. We don’t got that much time right now.”

Durant said after speaking to Nets owner Joe Tsai during the summer, he felt more confident in the direction the organization was headed. Durant acknowledged during Monday’s media day that he wanted players to be held more accountable moving forward.

“I was upset,” Durant said. “And as a family, they understood that I was upset, some of the stuff they agreed with. So we talked about it, and it was over a couple of months, a couple of weeks, towards the end of that where we talked about it. We came out and we voiced all our concerns about how we all can be better. And it just worked out from there, and I’m glad I’m here now.”

Durant also admitted Monday that he respected the fact that both Tsai and Marks said they weren’t going to just “give me away,” but as one of the biggest superstars in the game, Durant also knows he still could have pushed harder to leave. So why did he ultimately decide to stay in Brooklyn?

“I felt like we had a good team,” Durant said. “I felt like this is the place I said I wanted to be. We started to set something up in the future to be a solid team. So to be honest I thought this was still a great option too. I didn’t want it to get in the way of the games being played. I still love my teammates. Still love playing in the Barclays.

“So I feel like regardless it was going to be an easy decision to come back and play because I love to hoop so this has been a good environment the last two years for me hoopin’ even though I had some doubts. But overall looking at it I’d still like to come in here and get work in, so I just looked at that.”

Durant remains confident that the Nets can find a way to make everything work after a summer full of discontent for the organization.

“When you look at the grand scheme of things, we haven’t been healthy at all for two years,” Durant said. “Each playoffs we didn’t have major guys, [they] miss minutes, not just role players, but guys that make a lot of money. So when you got $50 million dollars on your bench this last playoffs with Joe and Ben and then the playoffs before that, I want to see what our team looks like in full, with guys being healthy. With us having a little bit of continuity. So we’ll see what happens.”