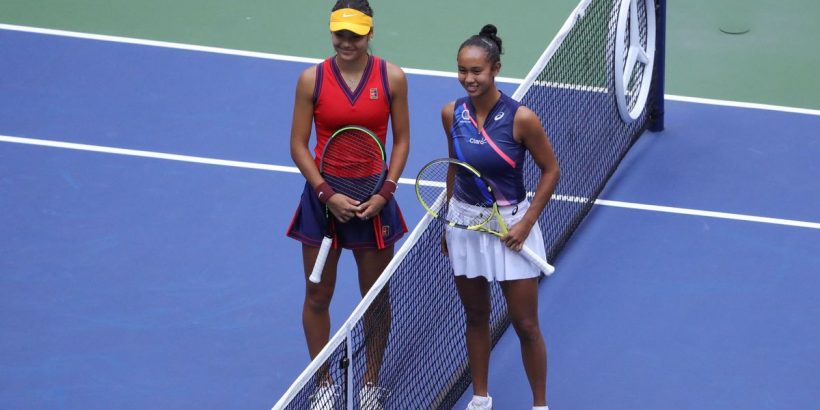 The two teenage sensations clashed in the final of the US Open at Flushing Meadows on Saturday evening.

For Raducanu, 18, it has been a fairytale run to the final, with the Brit having to fight her way through three qualifying rounds.

However, her opponent Fernandez, 19, hardly has experience on her side, having celebrated her birthday midway through the US Open.

And Tennis fans are already predicting that their rivalry will go onto dominate the game like Federer and Nadal.

"18 and 19 years old, I can see Raducanu vs Fernandez being the next Federer vs Nadal. A rivalry to shape a generation," Olympic bronze medalist and AEW wrestler Anthony Ogogo tweeted.

One fan tweeted: "This Raducanu-Fernandez duel has shades of Federer-Nadal. If they continue like this for a few more years, tennis fans are in for a treat."

And another added: "Are we about to witness the start of a Federer v Nadal-style battle for supremacy in the women's game? I hope so!"

A third dug a bit deeper into the rivalry: "Leylah [Fernandez], lefty, strong mentality, strong defence, run a lot, .. like Nadal, and both use Babolat.

"Emma [Raducanu], very skilful, lovely, and with grace, like Federer, play with Wilson."

Do you think the two teenagers will dominate the game for years to come? Let us know in the comments section

The New York crowd began the duel firmly behind Fernandez, but as the game passed the hour mark, cheers for the British star began to grow.