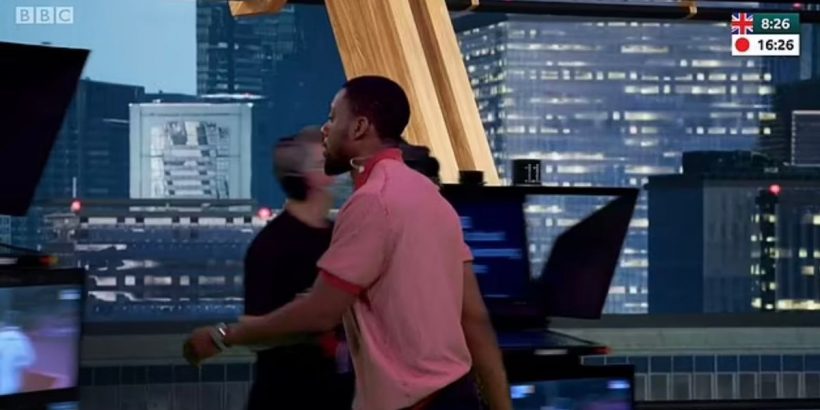 Walkden's hopes of a gold medal went up in smokes as South Korea's Lee Da-bin landed a devastating kick to the head in the final seconds of the bout – to give the South Korean a 25-24 lead.

And Team GB's latest defeat follows disappointment for both Bradly Sinden and Lauren Williams – who both settled for silver medals.

However, a third last-minute heartbreak proved too much for Muhammad, who stormed off the BBC set after witnessing the kick.

The 30-year-old was back in the studio for punditry duties to join Dan Walker and co following the bout.

However, replays showed the emotion on Muhammad as he left the studio, seemingly heartbroken, following the last gasp strike.

He tweeted: "Gutted!!!!!!!! @BiancaW_tkd fought brilliantly! So unlucky to miss out in the last second! She needs to refocus now and secure the bronze medal. Still a big chance to bring some precious metal home!"

For Muhammed, it was history repeating itself after he suffered a similar last-second defeat at Rio 2016.

What do you think of Team GB's performance at the Olympics so far? Let us know in the comments section

Walkden was able to recover from the disappointment of a semi-final loss to capture the bronze medal when she saw off Polish opponent Aleksandra Kowalczuk.

It was the second Olympic bronze of Walkden's career, after achieving the same result in Rio.