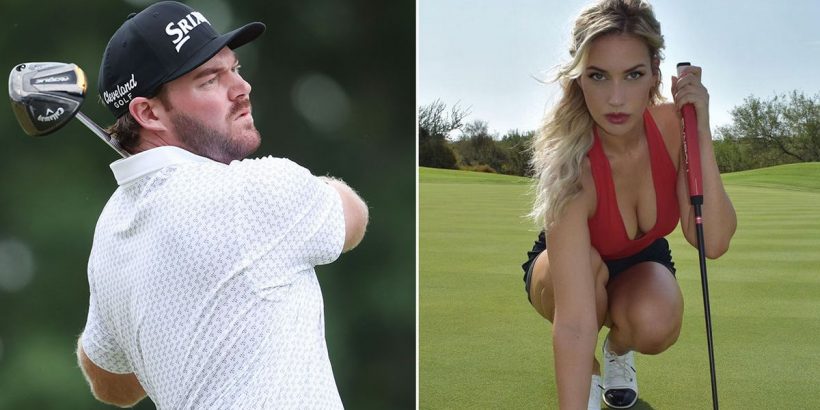 Golf star Grayson Murray appeared to shoot his shot with blonde beauty Paige Spiranac after competing at the US Open. The 28-year-old endured a nightmare few days at the major, which saw his frustrations boil over when he tossed his club before snapping another one over his knee.

After the golf influencer referenced the incident on social media, Murray took the chance to start a conversation with her. “Let’s see your club throw Paige,” Murray tweeted in response to Spiranac’s video, which was captioned, “I have thrown a club like this before and it feels great until the walk of shame of having to get it.”

Unfortunately for Murray, Spiranac is yet to respond. He went on to finish 63rd at The Country Club in Massachusetts, shooting 18 over par. Earlier this week, Spiranac stated she would reject the controversial LIV golf series and compared it toOnlyFans.

The first of its eight tournaments, each of which will feature a $25m (£20m) prize purse, took place at the Centurion Club earlier this month, which was won by 2011 Masters Champion Charl Schwartzel.

The series has been criticised by many within the golfing world, including Spiranac, who was less than impressed with the circuit rivalling the PGA Tour.

“I wouldn’t do it,” said Spiranac during an appearance on theThe bunkered Podcast, where she compared the LIV series to the very popular subscription website OnlyFans.

“A lot of people like, ‘Bulls***, you would do it for a certain amount of money’ but I think about things and my career and, like, I wouldn’t sign up for OnlyFans because, morally, it just doesn’t align with what I’m doing. I could sign up today and probably make millions and millions of dollars but, for me, it’s not about money.

“You have to do things for a bigger reason. You have to be passionate about it and you have to love what you do. You can’t just do things for money.” It has been an eventful time for Spiranac of late, who was named the Sexiest Woman Alive on Maxim's Hot 100 list.

The American went braless as she appeared on the cover of the 2022 Maxim Hot 100 issue, leaving little to the imagination in an open white button-up shirt which exposed her stunning physique.

She admitted she was in "disbelief" after being handed the Sexiest Woman title. Taking to Twitter, she wrote: "So @MaximMag named me the sexiest woman alive this year and I’m in disbelief!" And she thanked the magazine for the "amazing honour."