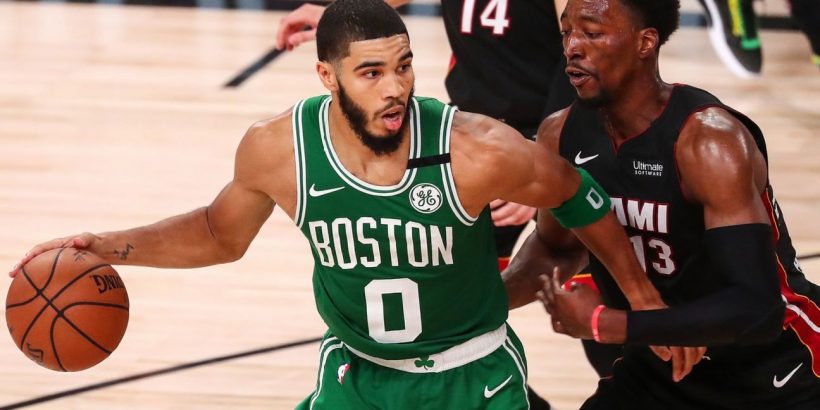 Sunday night’s game between the Celtics and Heat in Boston has been postponed because Miami does not have the minimum eight players to play because of ongoing contract tracing.

Earlier Sunday, Heat guard Avery Bradley was placed into the health and safety protocol and was ruled out for Sunday night’s game.

The Celtics were set to play with the minimum eight players after nine players were ruled out, including seven because of the NBA’s health and safety protocols.

While Kemba Walker (knee) and Romeo Langford (wrist) are injured, the other seven players who will be sitting Sunday — guards Javonte Green and Jaylen Brown, forwards Jayson Tatum, Semi Ojeleye and Grant Williams and centers Robert Williams III and Tristan Thompson — all are out Sunday, and likely for some time beyond, because of the league protocols.

This is the second game postponed in the NBA this season. A game between Oklahoma City and Houston was postponed on Dec. 23 because the Rockets did not have enough eligible players to play — three had returned tests that were either positive or inconclusive for COVID-19, four others were quarantined, James Harden was unavailable for violating the protocols and another player was out with an injury. That left Houston with seven players.