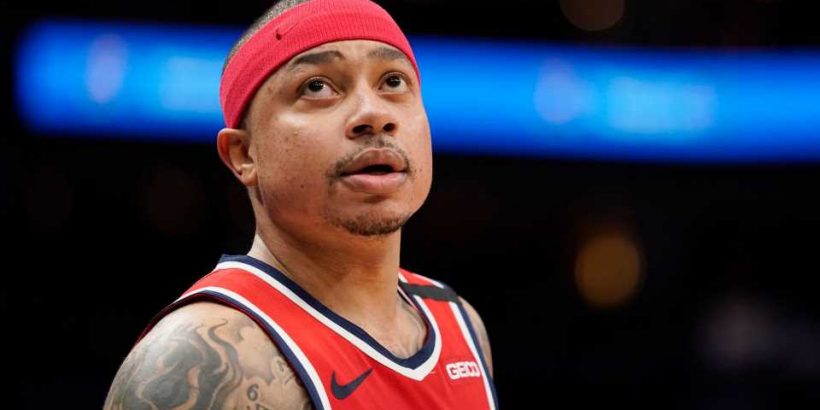 Isaiah Thomas is bringing a “Mamba Mentality” to New Orleans.

The Pelicans announced Saturday that they had signed Thomas to a 10-day contract, giving the veteran guard a chance to be part of an NBA rotation for the first time in more than a year. Thomas last played in an NBA game on Feb. 3, 2020, as a member of the Wizards. He averaged 12.2 points and 3.7 assists in 40 games that season.

In joining the Pelicans, Thomas is hoping to not only revitalize his professional career, but also to honor one of his basketball heroes. The two-time All-Star plans to wear the No. 24 as a tribute to Lakers legend Kobe Bryant, who died in a helicopter crash on Jan. 26, 2020. (Thomas had previously worn Nos. 0, 3, 4, 7 and 22.)

Thomas has credited Bryant for inspiring and helping him throughout his career, most notably during the 2017 NBA playoffs. Bryant broke down film with Thomas at the time despite the fact that Thomas was playing for the rival Celtics.

“We’d be on FaceTime watching film together on speakerphone,” Thomas said of his chats with Bryant (via NBA.com). “He would tell me what he sees, what I can do and what I can do better to be able to get my team a win. That was throughout the whole playoffs. That was special to me, because to be able to have Kobe Bryant talk to you and help you out is amazing, especially for me. That was my favorite player growing up. . . .

“It was crazy, because I never even thought about basketball like that. And then when I started to think like that, I would see it before it happened in the game and I would think, ‘Damn, Kobe really just told me that last night.'”

After a highly productive run in Boston, Thomas struggled to recover from a hip injury, making brief stops in Cleveland, Los Angeles (with the Lakers) and Denver before landing in Washington. He showed NBA teams that he still had something left in the tank when he played for Team USA last month in FIBA AmeriCup qualifying games.

“The world knows I’ve got what it takes. So, it’s just about showing that I’m healthy,” Thomas said after scoring 19 points in a win over the Bahamas. “My skill didn’t go anywhere, it was just about getting a hundred percent healthy, which I am right now.”

Kobe would certainly appreciate the self-confidence.