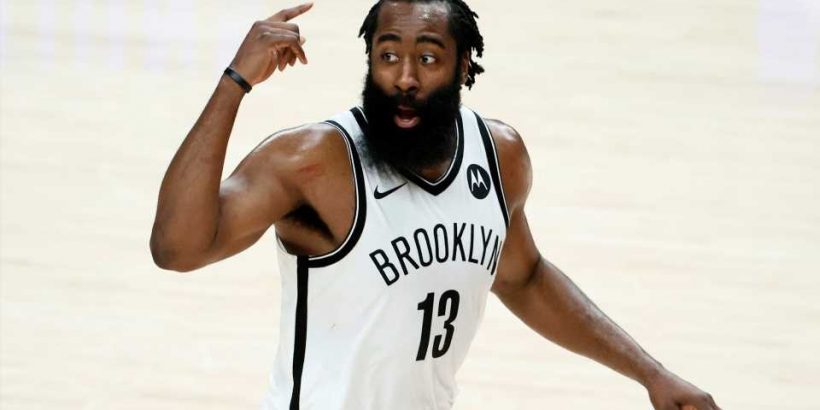 The Nets were hoping to keep their Big Three on the court for the NBA playoffs, but they’re back down to a Big Two after James Harden suffered another hamstring injury.

Harden played just the first 43 seconds of Brooklyn’s Game 1 victory over Milwaukee in the Eastern Conference semifinals. Now the Nets must wait to find out when, or if, Harden can return in this series.

What’s next for Harden? Here’s everything we know about his injury and the latest news on when he may return to the court.

What is James Harden’s injury?

The Nets announced in the first half of Game 1 that Harden suffered a right hamstring injury and would not return.

Harden was hurt on a drive to the basket in the first minute. He grabbed the back of his right leg after making a pass. Brooklyn coach Steve Nash called a timeout a few seconds later and Harden then left the court.

Harden reportedly went for an MRI during the game. The results have not been disclosed.

How long will James Harden be out?

Nets coach Steve Nash told reporters after Game 1 that he didn’t know whether Harden would be back for Game 2 on Monday.

The fact that this is Harden’s second hamstring injury of the year affects the timeline for his return. Harden  missed 20 games during the regular season with a right hamstring strain. He came back for the final week and then played in all five games of the Nets’ first-round victory over the Celtics.

The Nets tapped some of their depth in rolling to a 115-107 win. Nash plugged Mike James into the rotation, and James responded with 12 points and seven rebounds in a season-high 30 minutes. He played 10 minutes total in the Celtics series. Tyler Johnson and Chris Chiozza played the final 86 seconds of Game 1 with the outcome already decided.

Of note, Kyrie Irving played 45 minutes as the lead guard.