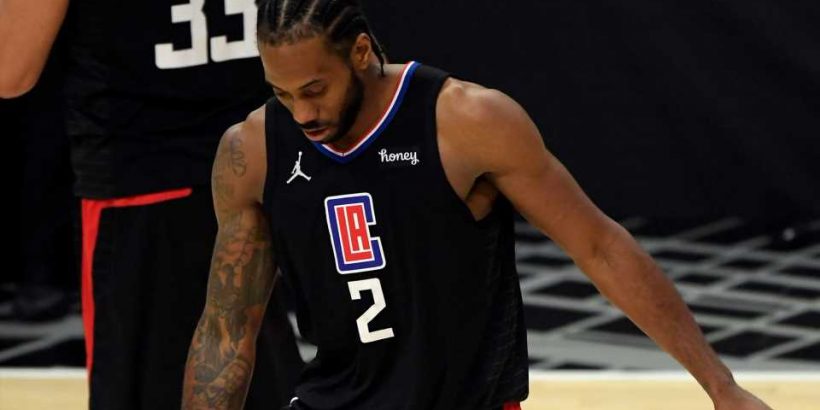 On Wednesday, Clippers fans got some surprising news when it was revealed that Kawhi Leonard would be out for Game 5 of Los Angeles’ series against the Jazz.

Leonard, who had played 34 minutes in the previous game for the Clippers, did come up lame after driving to the hoop late in Los Angeles’ win over Utah, but not much was made of the injury. It was just assumed that the Clippers were playing it safe with their star.

Instead, it appears that Leonard’s injury is more serious than initially imagined, and he may not just be out for Game 5 moving forward; he could be out longer-term.

Here are all the details about Leonard’s injury, including the latest updates on when he might be able to return to action during the 2021 NBA playoffs.

How long will Kawhi Leonard be out?

At this point, Leonard (knee) is confirmed out for Game 5 of the Clippers-Jazz series and according to ESPN’s Brian Windhorst, he may be out for the duration of the series.

With Leonard out, the Clippers face an uphill climb the rest of the series, which is tied at 2-2. Leonard has averagd 27.1 points and 7.5 rebounds in 37 minutes in the first four games. The Clippers are a plus-9 with the All-NBA First-Teamer on the floor vs. the Jazz.

It’s also concerning that Leonard told his teammates “to prepare for him to be out,” as Windhorst detailed.

We’ll see how far the Clippers can go, but it certainly seems like they’ll have to beat the Jazz without Leonard.

What is Kawhi Leonard’s injury?

Leonard is dealing with a knee injury that forced him out of Game 4 of the Clippers vs. Jazz playoff series.

It’s unclear if Leonard is dealing with a sprain or something else. The Clippers will likely provide an update on his status at some point in the coming days.

On June 14, Leonard suffered a knee injury after landing awkwardly following a drive to the basket.

Here’s a look at the play where Leonard came up lame.

After the injury, Leonard was seen grimacing and had a slight limp. He exited the game shortly thereafter and didn’t return after playing 34 minutes.

Not much was made of Leonard’s injury, which looked minor at the time, but on June 16, it was confirmed by Windhorst that Leonard would miss Game 5 and possibly more time.

— June 16: Windhorst reports Leonard is out for Game 5 vs. Jazz and is “in doubt” for the rest of the series due to a knee injury.

— June 14: Leonard exits Clippers’ double-digit win over the Jazz early after appearing to tweak knee on a drive to the hoop.