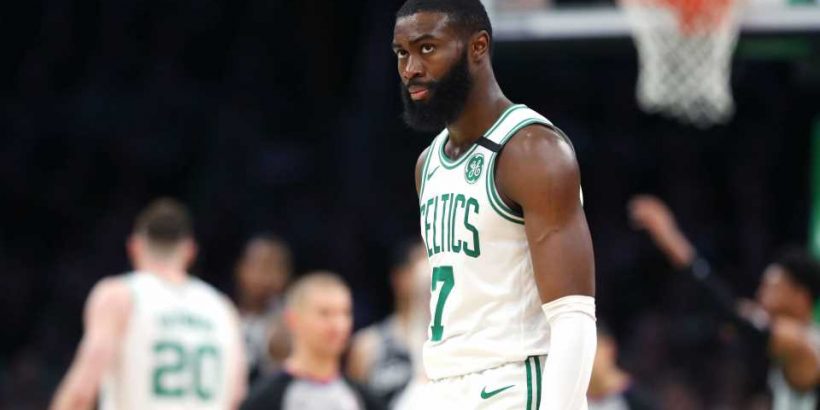 Jaylen Brown won’t be playing for the Celtics again during the 2020-21 NBA season. He suffered a torn ligament in his wrist that required surgery.

His status for the start of the next NBA season is looking solid, however.

As announced by the Celtics on Twitter, Brown had successful surgery to repair his injury. The team says he will be able to return to basketball activity in about three months.

That’s good news for Brown and the Celtics. It puts him on track to return in early August ahead of training camp, so that should give him enough time to get back into basketball shape before the 2021-22 NBA season begins.

Brown isn’t the only Celtics player to undergo this surgery in the past calendar year. Second-year guard Romeo Langford underwent the same procedure in September. It took him longer to recover, however; he missed the Celtics’ first 49 games and did not make his season debut until early April. Granted, part of the reason was a positive COVID-19 test result at the end of his recovery.

Needless to say, Boston will be hoping that Brown can bounce back from surgery quicker than Langford.

Brown was a critical part of the Boston lineup this season. He averaged a career-high 24.7 points and 3.4 assists while shooting 48.4 percent from the floor. In the 12 games he has missed, the Celtics are just 5-7. That record includes a 1-4 mark in their last five games.

Brown’s absence is part of the reason why the Celtics have slipped into the Eastern Conference’s seventh seed and the play-in tournament. And it will play a part in what is likely to be an early postseason exit for this year’s disappointing Boston team.