The full line-up of performers at the 2020 NBA All Star Game was announced weeks before the weekend, but it appears there may be at least one special guest performance. Jennifer Hudson was confirmed to have a spot on the stage in a tribute to Kobe Bryant, his daughter Gianna, and the seven other victims of the tragic helicopter crash last month.

Chicago-native Common is also set to address the crowd inside the United Center before the players are introduced.

But according to Entertainment Tonight, he is set to be joined by a special guest on stage.

It is reported Kanye West will join the 47-year-old, along with the “Closed on Sunday” rapper’s gospel choir. 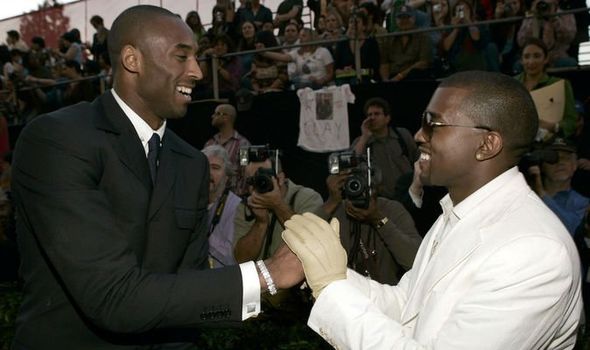 Tributes to Bryant will be a feature of the NBA All Star Game with a change to the format one key move to honour his legacy.

Instead of the traditional scoring system, the teams will be competing to win each of the first three quarters all of which will start with the score at 0-0 in 12-minute quarters.

But the start of the fourth quarter, the game clock will be turned off and a Final Target Score will be set in a tribute to Kobe Bryant.

The Final Target Score will be determined by taking the leading team’s total cumulative score through three quarters and adding 24 points.

Sky Sports are the exclusive rights holders for NBA in the UK.

Sky subscribers can live stream the NBA All Star Weekend online via SkyGo and the SkyGo app.

This means that all the coverage can be followed live on your desktop or laptop via the Sky Go app, which if you’re an existing customer, is also available on iOS and Android smartphone and tablet devices.

Sky Go is also available on a number of platforms including Amazon Fire devices, iPad, Mac computers and laptops, Playstation 3, PS4 and Xbox One.

NBA All Star coverage in association with Betfair