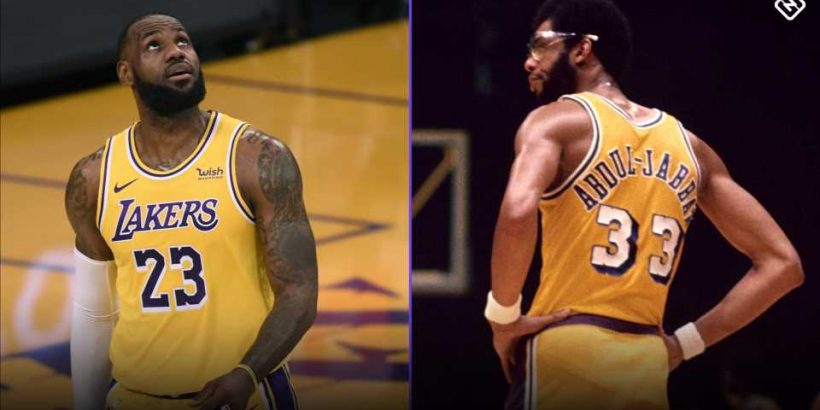 After playing five more seasons, the six-time MVP finished his career with 38,387 points, an astronomical number and the product of a career spanning two decades.

No matter how untouchable, though, records are meant to be broken and it’s something that Abdul-Jabbar is keenly aware of as LeBron James inches closer on the NBA’s all-time scoring list.

Unlike many who might protectively guard individual accolades close to the chest, the NBA legend is taking a different approach. In fact, he’s “excited to see it happen,” as told in a recent interview with longtime NBA insider Marc Stein.

“I’m excited to see it happen. I don’t see records as personal accomplishments, but more as human achievements. If one person can do something that’s never been done, that means we all have a shot at doing it,” Abdul-Jabbar said.

“It’s a source of hope and inspiration. Roger Bannister broke the four-minute mile back in 1954. Since then, not only have 1,400 runners beaten that time, but the new record is 17 seconds less. We all win when a record is broken and if LeBron breaks mine, I will be right there to cheer him on.”

Entering his 19th season, a newly motivated James is 3,020 points behind Abdul-Jabbar’s all-time record. He would have to average 36.9 points per game and play in all 82 games to pass him this season. Needless to say, that won’t happen. But if he continues averaging 25 points per game, he would pass Abdul-Jabbar in 121 more games, which comfortably targets sometime in the middle of next season barring significant setbacks.

He first needs to overtake Karl Malone, who is 1,561 points ahead. James has exceeded that total in 16 of his 18 seasons so it’s a reasonable bet to assume he’ll move into second by the end of the 2021-22 season.

Only two current players are in the top 10 all time, with LeBron’s Lakers teammate Carmelo Anthony currently 10th.