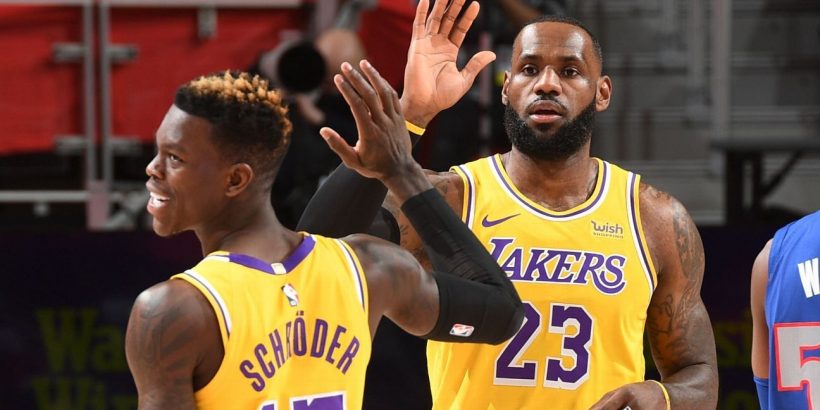 A championship team is usually an expensive one. In 2019, the Toronto Raptors paid $25 million in luxury tax. In 2018, the Golden State Warriors paid $32 million. When the Cleveland Cavaliers won it all in 2016, their bill was $54 million.

But the Los Angeles Lakers achieved a somewhat rare feat last season: They won the NBA title without paying the luxury tax.

And that’s good, because trying to turn pairing LeBron James and Anthony Davis into some measure of a dynasty could get very expensive. How expensive? L.A.’s payroll and luxury tax bill could exceed a quarter of a billion dollars — just for next season.

Free-agent-to-be Dennis Schroder became eligible to sign a contract extension on Feb. 16. And given how impactful a player he has been by easing the burden on James in the backcourt, the Lakers are incentivized to retain Schroder — a guard they can’t replace via free agency.

Schroder turned down a preseason offer from the Lakers, with the two sides expected to discuss again now, sources told ESPN’s Adrian Wojnarowski in December. But as they enter into those talks, the Lakers have to keep an eye on the books, because the numbers could eventually force some difficult decisions.