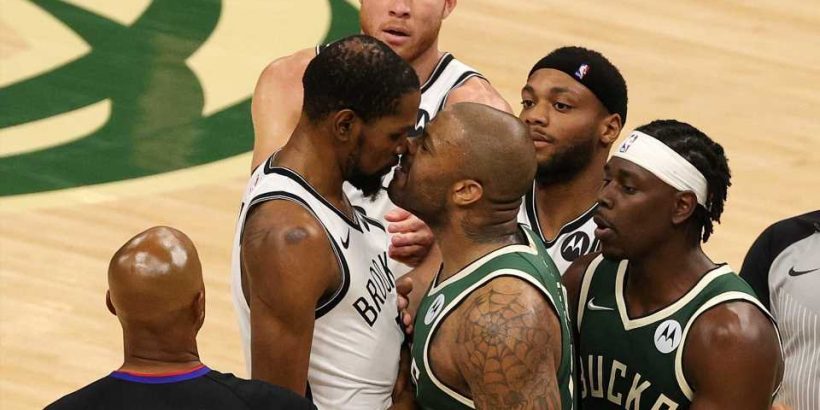 You don’t want to mess with Kevin Durant.

If you do, apparently you’ll meet the wrath of his bodyguard — even if you’re one of his opponents during a game.

During the Nets vs. Bucks contest Thursday night, Durant got into a scrum with Milwaukee forward P.J. Tucker. As the two players went at it, teammates and other staff surrounded them to break it up, but a man clad in a security guard-type outfit also joined the fray.

According to The Athletic, that man was Durant’s bodyguard, who is on the Nets’ payroll.

This incident between Durant and Tucker was just a glorified shouting match, but the bodyguard wanted to make sure that Durant didn’t find himself in any sort of trouble with one of the peskiest and most physical undersized forwards in the league.

It must be nice for Durant to have that type of personal protection available at all times, even when on the court. And the bodyguard showed good blocking technique, pushing through the crowd to wall off Tucker from advancing any further on Durant.

The play was, perhaps, one of the better box-outs that occurred in the Brooklyn-Milwaukee game.