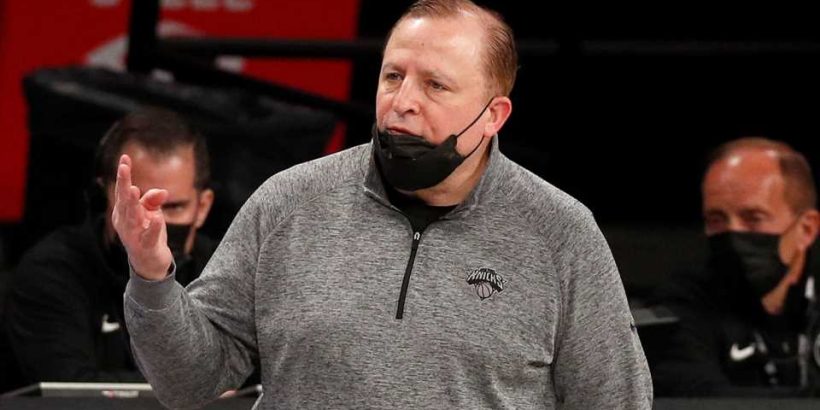 Tom Thibodeau has been named the 2020-21 NBA Coach of the Year — but not without controversy.

The first-year Knicks coach narrowly edged Suns second-year coach Monty Williams 351-340 to earn the award for the second time of his career. Thibodeau is the first coach to receive the honor in his first year coaching with two different teams (his first came with the Bulls in 2010-11).

But Williams, who had already been tabbed NBCA’s Coach of the Year, produced more first-place votes (45) than his Knicks counterpart (43). Thibodeau secured the award with 10 more second-place votes. Below is the tally for voting in 2020-21, decided by media and based only on the regular season.

There’s something to be said of Thibodeau leading New York to its first playoff berth and winning season since the 2012-13 season. But Williams’ Suns produced more wins (51) than Thibodeau’s Knicks (41), a better winning percentage (.708 to .569) and a higher seed in the NBA playoffs (the Suns are the 2 seed in the Western Conference playoffs, compared to the Knicks’ 4 seed in the Eastern Conference).

Phoenix also experienced a playoff berth for the first time under Williams, and the first time since 2009-10. Though it has nothing to do with Coach of the Year voting, the Suns also became just the sixth team to unseat the defending NBA champions in the first round, beating the Lakers in six games. The Knicks lost their first-round series against 4-seed Atlanta in five.

For those who care about such things, Williams has considerably less experience coaching in the NBA. Thibodeau was an NBA assistant for 20 years before becoming a first-time head coach with the Bulls in 2020-11; the 2020-21 season was his ninth as a head coach. Williams was an assistant for five years before returning to play five seasons from 2010-15. He then spent one season as associate head coach in Oklahoma City and another year as an assistant in Philadelphia before taking over the Suns in 2019-20.