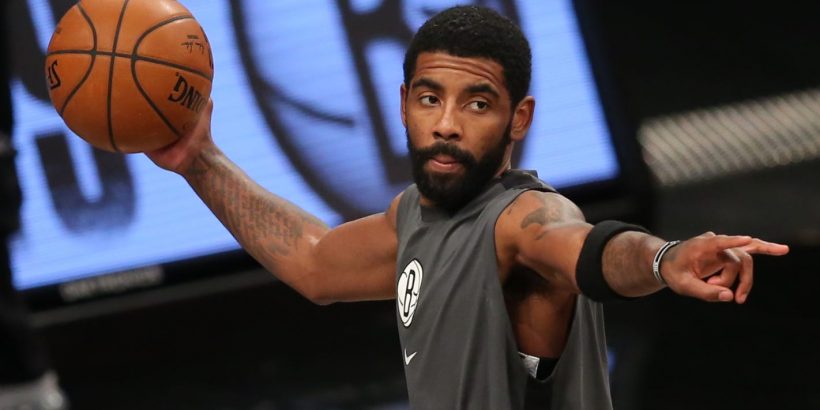 While the Brooklyn Nets have kept the reason for Kyrie Irving’s absence from the team private, videos of what appears to be the Nets star celebrating at a birthday party have surfaced on social media.

Irving has missed three consecutive games for personal reasons, and Brooklyn coach Steve Nash has declined to give a reason for his absence, maintaining it’s a private matter between Irving and the team. Irving is also listed as “out – personal reasons” for Tuesday’s home game against Denver.

Irving’s dad, Drederick, and sister, Asia, had birthdays this week, and in the videos, a maskless Irving is seen dancing and next to his sister while she blows out candles, as others in the room record the scene with their phones. It is not known when the videos are from, but the birthday cake has the number 30 on it, which is how old Asia turned on Tuesday.

NBA AND COVID-19: Are players and coaches comfortable continuing?

MORE: This NBA season was always going to be mayhem

Depending on when Irving returns, he could be subject to a quarantine period, sidelining him for additional games. The league prohibits players from going to clubs, bars and lounges in its pandemic protocols.

In December, Houston’s James Harden was fined $50,000 for “for violating the league’s Health and Safety Protocols, which among other things prohibit attending indoor social gatherings of 15 or more people or entering bars, lounges, clubs or similar establishments,” the league said.

Kyrie Irving before a game against the Hawks on Jan. 1. (Photo: Brad Penner, USA TODAY Sports)

Irving could forfeit more money if he has to miss games because he violated the protocols. The NBA withholds 1/72 of a player’s salary for each game missed – $462,904 per game in Irving’s case – due to protocol violations. The NBA likely will review the matter.

At the beginning of the season, Irving released a statement that he did not plan on speaking with reporters, saying he wanted to let his play on and off the court speak for him.

“I am committed to show up to work everyday, ready to have fun, compete, perform, and win championships alongside my teammates and colleagues in the Nets organization. … Life hit differently this year and it requires us, it requires me, to move differently. So, this is the beginning of that change,” the statement read.

Irving obliged and began speaking to reporters. He started the season strong, averaging 27.1 points, 6.1 assists and 5.3 rebounds and shooting 50.4% from the field, 42.6% on 3-pointers on 100% on free throws. He has played in seven of Brooklyn’s 11 games, and the Nets are 1-2 in his recent three-game absence.