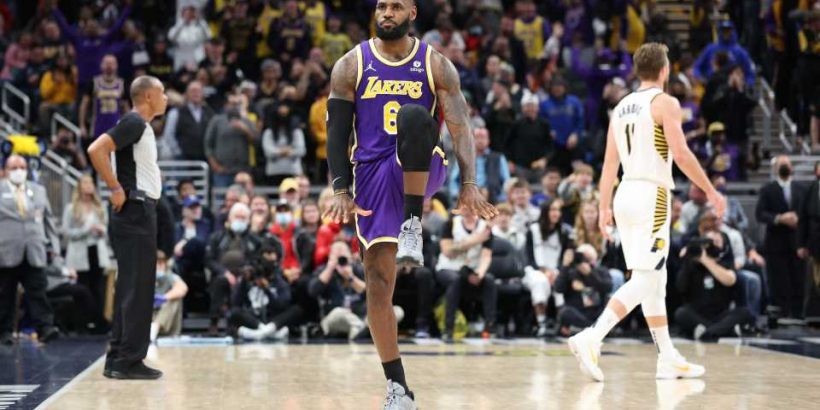 James made a dominant return to the lineup against Indiana, pouring in 39 points to go along with five rebounds and six assists in the 124-116 OT win.

Postgame, he gave his account of what happened in the incident that incensed Stewart.

“It was a box out in the free-throw line. His elbow got kinda high, if you watch the film it got me off-balance a little bit,” James explained.

Stewart made repeated attempts to get at James, requiring multiple staff members to hold him back as blood streamed down his face. Stewart received a two-game ban for the reaction, while James was sidelined for one game.

The Lakers would lose that one game without James, 106-100 at Madison Square Garden to the New York Knicks. LeBron doesn’t believe he should have missed the contest.

“I’m definitely not that type of player. I hate to see that, what escalated after that.

Los Angeles climbed back to .500 at 10-10 on the season with the win against the Pacers, as they try to shake off a slow start to the season. Fellow star, Anthony Davis missed the game against Indiana with a fever.

Davis will have one night to recover before the Lakers host Sacramento at STAPLES Center – tip-off is at 8:30 p.m. ET.