LeBron James has revealed how he and Anthony Davis are not “sugarcoating” anything when it comes to constructive criticism to one another.

The Los Angeles Lakers got their NBA preseason underway on Saturday night against the Golden State Warriors in the new Chase Center.

For Lakers fans, it was the first chance to see Davis pull on the famous purple and gold uniforms and he didn’t disappoint in the 101-123 win.

The 26-year-old threw down five dunks inside the first quarter, finishing with 22 points and 10 rebounds in 18 minutes.

And it was immediately clear the James-Davis dynamic was working a treat with the former showing off his playmaking skills, highlighted with a delightful pocket pass to his new team-mate in the first half.

The new NBA season gets underway in just over two weeks with the Lakers tipped to be title challengers with Davis now on board alongside James.

The NBA All-Star duo are two of the best players in the game, but even James admits he needs advice from his new team-mate on things to improve on.

“It’s never easy to build but it’s been very good because of the relationship we had before becoming team-mates,” he said. 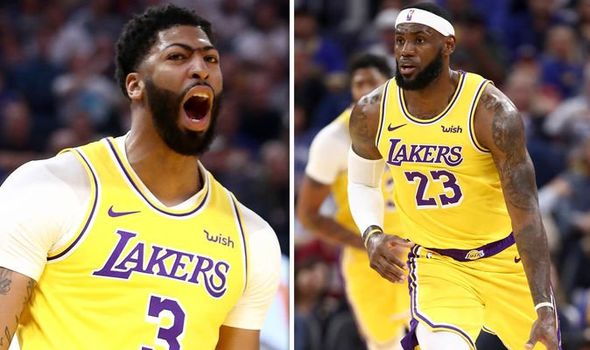 “We able to be straight forward with one another and not sugarcoat anything and not take anything personal, being able to take constructive criticism.

“He gets in my ear, I get in his ear, but it’s all for the better of each other.

“Trying to make each other better and challenge each other, which ultimately will be better for the team.”

And the four-time MVP was impressed with Davis’ first outing in a Lakers jersey. 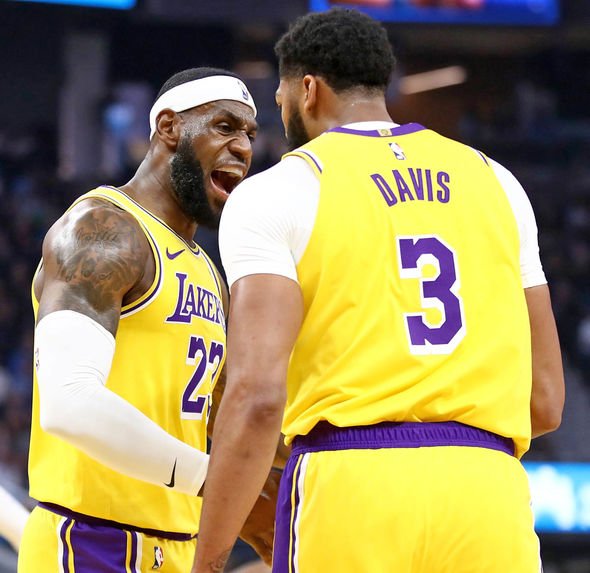 “He’s very intelligent out on the floor,” James added.

“He knows exactly where he wants to get on the floor.

“His ability to rebound and block shots as well – he’s a very efficient player.”

The Lakers will now embark on their journey to China where they will play two games against the Brooklyn Nets, with Kyrie Irving set to make his debut for the Eastern Conference side.