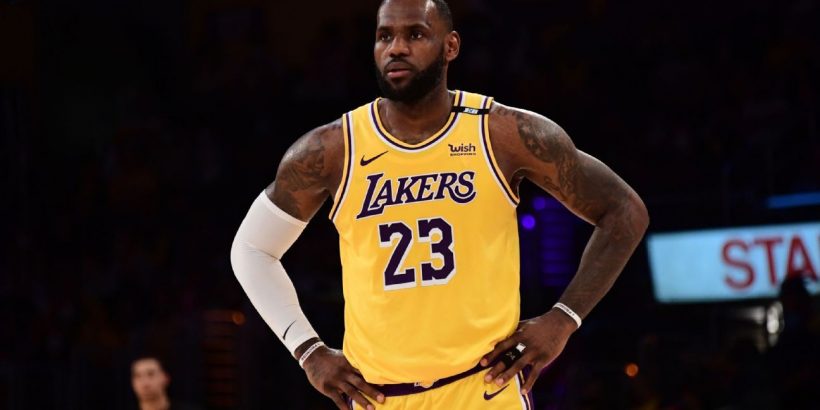 As the competitive balance of the NBA playoffs has been compromised by a rash of injuries — with player health affecting just about every second round series — Los Angeles Lakers star LeBron James says he saw this coming.

Before James offered his best wishes to Kawhi Leonard of the LA Clippers — it was announced Wednesday that Leonard will be sidelined with a right knee injury — he published a series of tweets reflecting on the objections he voiced when the league fast-tracked the 2020-21 season to begin just 71 days after the Lakers were crowned champions in October.

Leonard, who has been ruled out for Game 5 of the Clippers’ Western Conference semifinals series with the Utah Jazz on Wednesday, will be the eighth different All-Star to miss a playoff game this year, which is the most in league history, according to the Elias Sports Bureau.

The Phoenix Suns’ Chris Paul, who could miss the start of the Western Conference finals while he is in the league’s health and safety protocols, could become the ninth, joining James’ teammate, Anthony Davis; James Harden and Kyrie Irving of the Brooklyn Nets; Donovan Mitchell and Mike Conley of the Jazz; Jaylen Brown of the Boston Celtics; Joel Embiid of the Philadelphia 76ers; and Leonard.

While James played all six games of the Lakers’ first round loss to Phoenix, he did so on a right ankle that still hadn’t fully healed from a sprain suffered in mid-March that caused him to miss 26 of L.A.’s final 30 regular season games.

The Lakers were eliminated by the Suns nearly two weeks ago, but within the last few days James shared an Instagram video showing him receiving continued treatment on his ankle.

From the very beginning of training camp in December, James let it be known how taken aback he was by how quickly the league transitioned from the NBA bubble in Orlando, Florida to a condensed 72-game regular season schedule as the COVID-19 pandemic persisted.

“I was like, ‘Wow.’ And I said, ‘Oh, s—,'” James said on Dec. 7 when asked about his reaction to the quick turnaround. “Just being completely honest, I wasn’t expecting that because early conversations were going on and I was hearing that there would be kind of a mid-January start and training camp would kind of start after Christmas.”

The playoffs are a continuation of an unfortunate trend for the NBA during the regular season when All-Stars missed 370 of a possible 1,944 games (19%), the highest percentage in a season in NBA history, according to Elias Sports Bureau research.

Denver Nuggets guard Jamal Murray, who suffered a torn ACL in his left knee in April after helping to lead the Nuggets to the Western Conference finals in the bubble, acknowledged the stark reality that will likely determine how the rest of the postseason plays out.