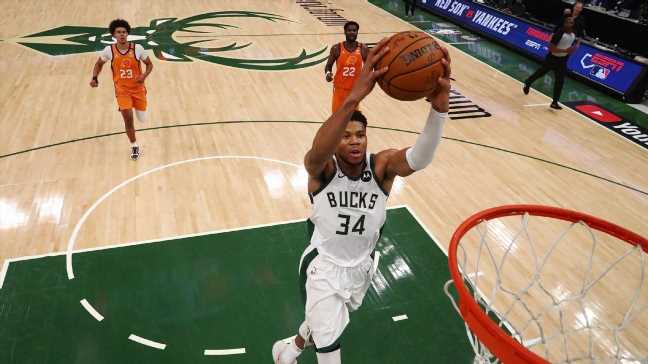 Game 5 of these grinding and seesawing NBA Finals might be the biggest game since Game 7 between the Cleveland Cavaliers and Golden State Warriors in 2016.

You could argue for Game 7 of the 2018 Western Conference finals between the Warriors and the Houston Rockets. Both the 2019 and 2020 Finals went to Game 6, but the eventual champions — the Toronto Raptors and Los Angeles Lakers — piled up 3-1 leads before dropping Game 5s.

Those two Finals didn’t feature anyone quite like Chris Paul: an all-time great on the precipice after a career of heartbreak. Paul did not play in Games 6 or 7 of the 2018 conference finals after injuring a hamstring. This is the biggest game of Paul’s illustrious career, and it comes right after one of his worst.

Paul has 15 turnovers in the past three games. He ceded the offense to Cameron Payne on an alarming number of possessions in Game 4 while Devin Booker sat with foul trouble. The Suns are not winning this series unless the Point God reappears.

Game 5 is tonight at 9 p.m. ET. Let’s bounce around the big questions:

The Suns have one big mathematical edge: home-court advantage. Every other statistical trend is tilting more toward the Bucks with each game.

Milwaukee is walloping the Suns in the possession game, peaking in Game 4 on Wednesday, when the Bucks somehow attempted 19 more field goals and 10 more free throws than Phoenix. It is very hard to win with that kind of deficit — as evidenced by Phoenix outshooting the Bucks 51% to 40% and losing.