Multiple reports indicate Lakers assistant coach Jason Kidd is making a return to where his career began and achieved its greatest success, but this time it will mark his third gig as a head coach.

Per Marc Stein of The New York Times, as well as Tim MacMahon and Adrian Wojnarowski of ESPN, the Mavericks legend (drafted 1994; champion 2011) has entered negotiations to lead Dallas in the wake of Rick Carlisle’s departure to the Pacers. Kidd is also reportedly beginning to assemble a staff.

The Mavericks have opened contract negotiations with Jason Kidd to be their next coach, league sources say, with support from their leading (but not yet identified) top candidate for head of basketball operations.

The Mavericks are progressing in talks to make Jason Kidd the franchise’s new head coach, sources told @wojespn and me. Mavericks owner Mark Cuban is also close to hiring a new head of basketball operations, who has signed off on the Kidd candidacy.

Both reports noted the Mavericks were closing in on a new “head of basketball operations”, and the mystery candidate supports the addition of Kidd.

As Thursday evening progressed, it became clearer that the executive in question was Nico Harrison, currently a vice president with the team heading up Nike’s North America basketball operations.

Harrison has reportedly been in the mix for similar positions in the past, with an eye toward talent identification and a well-maintained, deep network throughout the league. 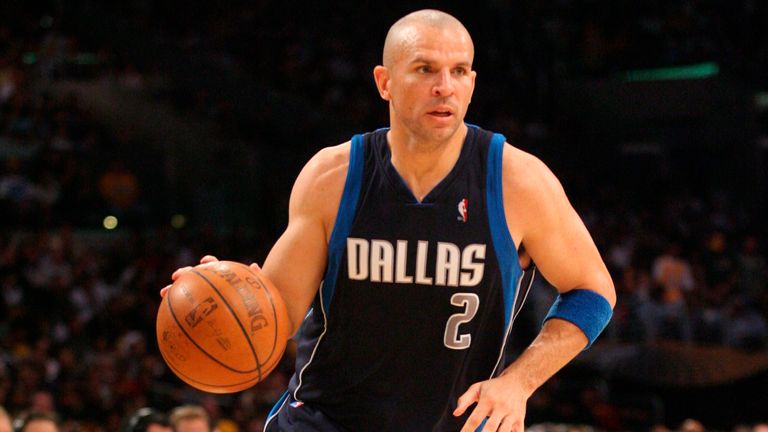 Kidd joined the Nets for their second season in Brooklyn, the same year the team acquired Kevin Garnett and Paul Pierce in an attempt to speed up their window to compete in the East. They went 44-38 in the regular season, beating the Toronto Raptors in a seven-game opening round before bowing out to the eventual Eastern Conference champion Miami Heat in five.

A power struggle ensued in the front office, with Kidd aiming to add basketball-decision making responsibilities on top of the coaching role; it ended with him heading off to Milwaukee, where he coached the Bucks to a 139-152 record across 3-plus seasons, most notably leading the conversion of Giannis Antetokounmpo to Milwaukee’s primary ball handler. The Bucks twice reached the playoffs (2015, 2017), each time exiting in the first round with a six-game loss.

After a year away from the sidelines, Kidd joined the Lakers in 2019, when they brought him on as Frank Vogel’s lead assistant.

MacMahon additionally reports that Dallas is “optimistic” that Mavericks vice president of basketball operations Michael Finley will remain with the team in some capacity, extending a seven-season run.