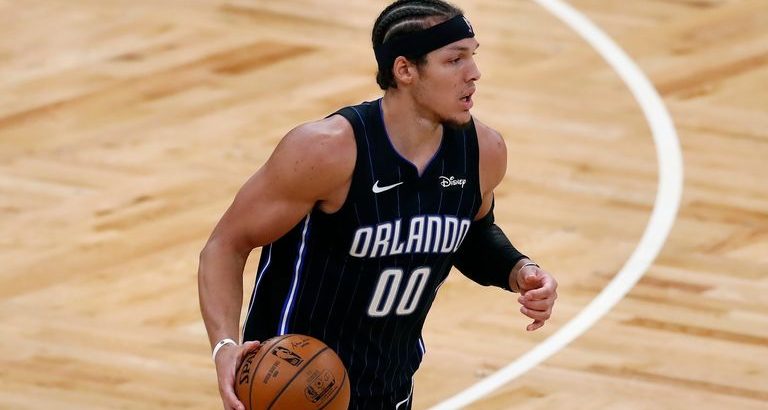 Aaron Gordon has reportedly requested to leave the Orlando Magic, the franchise with which he has spent his entire NBA career to date, ahead of the March 25 trade deadline.

According to The Athletic, the forward formally requested a trade through his agent in February amid interest from several teams across the league. Despite this, Orlando Magic president of basketball operations Jeff Weltman has yet to find a suitable deal for Gordon.

Franchises as varied as the Boston Celtics, Houston Rockets, Denver Nuggets, Minnesota Timberwolves and Portland Trail Blazers are all believed to be vying for the player. That competition has perhaps not helped their pursuit, with the Magic still holding firm on their apparent asking price of multiple first-round picks or a pick with a good young player, as per The Athletic’s sources.

This, however, could well change given the player’s desire to leave the club along with the impending deadline – time is quickly running out for Orlando.

Gordon, perhaps in one last attempt to show his worth to potential suitors, put up a season-high 38 points against the Brooklyn Nets on Saturday, including six rebounds and four assists whilst shooting 8-9 from beyond the arc.

For the season he is maintaining averages of 15 points per game along with seven rebounds and four assists. He is also shooting a career high of 40% from three on almost 4.5 attempts per contest.

Whilst Gordon is one of the worst high-usage pick and roll players in the league, he is still yet to turn 26 and has potential as a complementary scorer and multi-positional defender on at least a play-off team. Whether that aligns with his likely contract demands come the summer of 2022 remains to be seen.

Any team that acquires Gordon will likely attempt to lock him up on the four-year, $88.2 million contract extension he qualifies for rather than risk losing him to a bigger offer at the end of next season.

As it stands it seems the Celtics – who beat the Magic on Sunday evening – are favourites given their urgent need for frontcourt depth and the simple fact that Gordon fits a similar timeline to their stars Jayson Tatum and Jaylen Brown. If nothing else, he would certainly be a huge talent upgrade over the likes of Daniel Theis and Tristan Thompson at the power forward position.