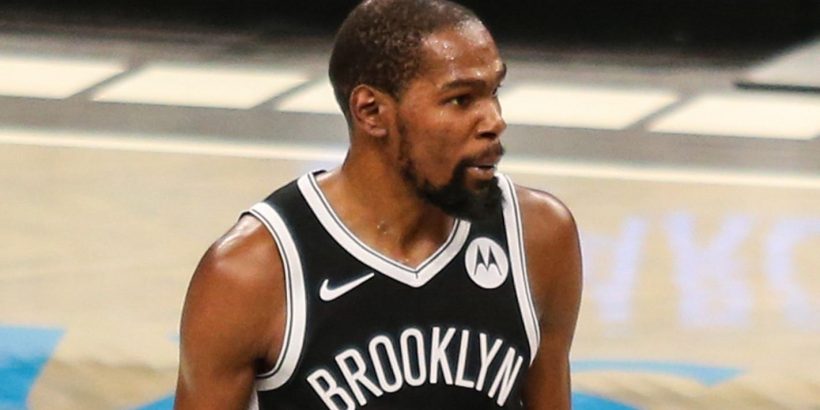 The NBA fined Brooklyn Nets star Kevin Durant $50,000 for “using offensive and derogatory language on social media,” the league announced in a news release on Friday.

The league noted Durant “acknowledged that his actions were inappropriate.”

Earlier this week, comedian Michael Rapaport posted a private social media exchange between him and Durant that revealed Durant’s use of personal insults, homophobic slurs and profanity.

“I’m sorry that people have seen that language I’ve used," Durant said. "It’s not really what I want people to see and hear from me. But hopefully I can move past it and get back on the floor.”

Nets coach Steve Nash said he talked with Durant but preferred to keep the conversation internal.

Kevin Durant on his social media messages with Michael Rapaport that were made public: pic.twitter.com/024CmvrEbi

Durant has missed 24 of Brooklyn’s past 25 games with a strained left hamstring and has played in just 19 games this season. He has been stellar when on the court this season, averaging 29 points and shooting 52.4% from the field and 43.4% from 3-point range along with 7.3 rebounds and 5.3 assists per game.

Durant is expected back in the lineup soon, perhaps sometime next week.

"We’re monitoring it and continuing to push and finding him opportunities within that structure to get high-intensity loads in so we can measure for when it’s safe for him to come back and play,” Nash said. “Everything is progressing the way we’d like, and fingers crossed it won’t be too long.”

Brooklyn is 34-15 and a half-game ahead of Philadelphia in the Eastern Conference. With James Harden, Kyrie Irving and recently added reinforcements Blake Griffin and LaMarcus Aldridge, Brooklyn has played well in Durant’s absence, going 19-5 without him since Feb. 5.