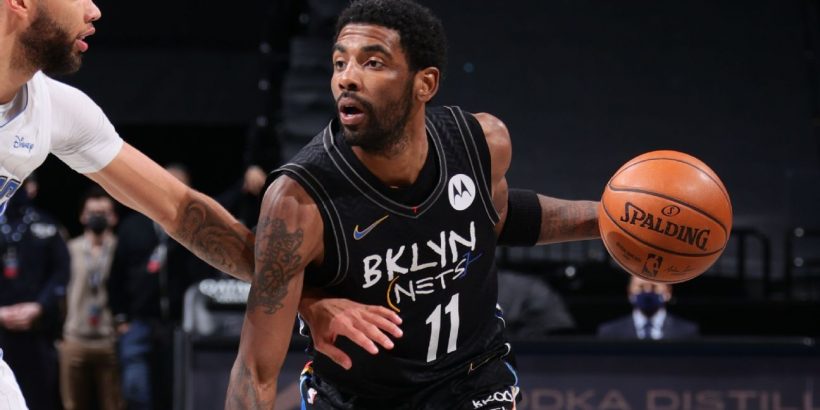 NEW YORK – Kyrie Irving will not travel with the Nets on their upcoming three-game road trip while he attends to a family matter, the team announced on Monday morning.

Irving will miss Brooklyn’s games against the Trail Blazers, Jazz and Pistons.

The Nets are already shorthanded. Kevin Durant has been sidelined since Feb. 12 with a hamstring strain, but is getting closer to returning, Steve Nash said. They will also be without Landry Shamet, who has emerged as a key piece off the bench. Shamet sprained his right ankle against the Wizards on Sunday and while his MRI did not show any significant damage, sources told ESPN’s Adrian Wojnarowski, he will not travel.

Irving has been in and out of the line up for the Nets this season. He missed two weeks in January for a personal absence. During that time away from the team, Irving broke the league’s COVID-19 protocols which further delayed his return to the court. Irving was fined for not following the leagues coronavirus safety guidelines. Upon his return, Irving told reporters that he “just needed a pause.”

Since then, Irving has missed four games for injury maintenance.