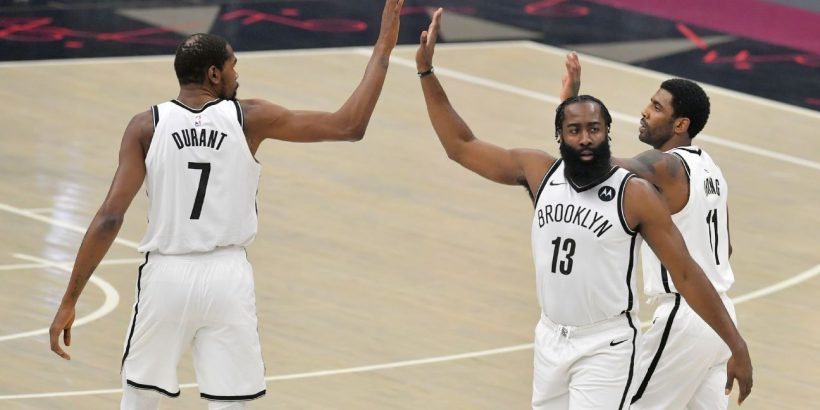 The Brooklyn Nets, the consensus favorites to win the title, opened at a league-best 54.5 wins at Caesars Sportsbook after the NBA released its full 2021-22 schedule on Friday.

The defending-champion Milwaukee Bucks are next at 53.5. The Bucks host the Nets on opening night, Oct. 19. Milwaukee is an early 1-point favorite over Brooklyn in the season opener.

The Los Angeles Lakers, Philadelphia 76ers and Utah Jazz each opened at 51.5, and the Phoenix Suns were set at 50.5, rounding out the teams with opening win totals in the 50s.

After last season’s abbreviated 72-game regular season, the NBA returns to its traditional 82-game slate. Caesars posted win totals on each team and allows bettors to wager on over or under.

The Lakers won 42 games last regular season, a .583 winning percentage, which was just enough to sneak into the play-in tournament for the playoffs. The Lakers advanced out of the play-in tournament but promptly lost to the Suns in the first round of playoffs. They went to work in the offseason to rebuild their roster around LeBron James and Anthony Davis, adding veterans Russell Westbrook and Carmelo Anthony, among others.

The Lakers have been installed as 4.5-point favorites over the Golden State Warriors in their season opener.

The Warriors, who are hoping to have sharpshooter Klay Thompson back in the mix this season, lead the next tier of teams at Caesars Sportsbook with a win total of 48.5. The Dallas Mavericks, Denver Nuggets and Miami Heat are next, each opening at 47.5.

The Oklahoma City Thunder opened with the lowest season win total at 22.5, with the Orlando Magic next up at 23.5.