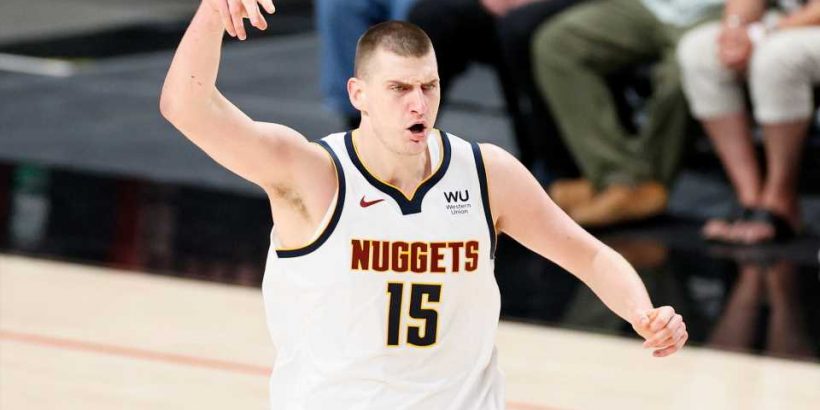 Nikola Jokic exited the Denver Nuggets game with the Utah Jazz during the second quarter with a right knee injury.

The league MVP was guarding Rudy Gobert when the pair clashed knees, sending Jokic to the floor in significant discomfort.

Jokic would leave the court and the team later announced he would not return with a knee contusion.

The Denver big man was putting up a monster performance at the time of injury, tallying 24 points, six rebounds and six assists in just 15 minutes of court time.

A contender in the Western Conference, the Nuggets are already without star guard Jamal Murray, who continues his recovery from a torn ACL during the 2020-21 season.

The Nuggets have two nights off before hosting Luka Doncic and the Dallas Mavericks on Friday night.

Any absence for Jokic would be a rare, with the 26-year-old an iron man by modern-day standards. Jokic featured in all 72 regular season games last season and has never dipped below 70 appearances in any of his six seasons in the league.