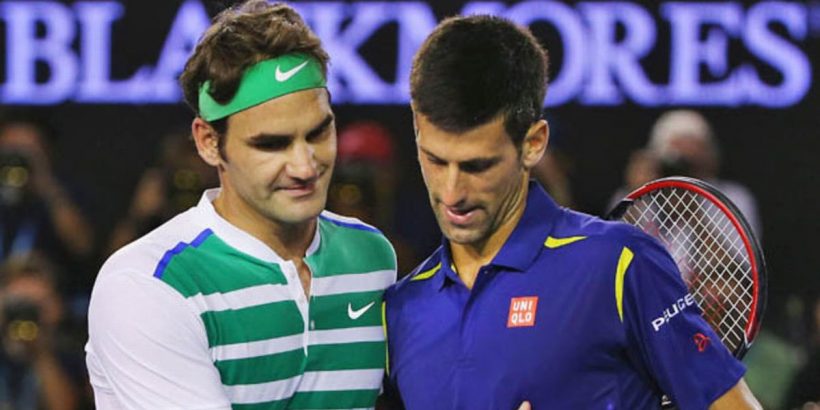 If the past couple of weeks have taught us anything it's that Novak Djokovic and his family are no strangers to controversy.

The World No 1 – who has chosen not to get vaccinated against Covid-19 – spent much of last week holed up in a Melbourne hotel after being detained by the Australian Border Force.

Djokovic's visa was ripped up after authorities decided he did not meet the country's entry requirements for an unvaccinated traveller.

But a federal court later ruled in favour of the Serbian and reaffirmed his visa, allowing him to compete in the upcoming Australian Open.

The situation has sparked an unprecedented political storm, with Djokovic – and his outspoken parents – at the very centre of it all.

Novak's father Srdjan, who recently branded Australia's Prime Minister a "dictator", has a particular temperament for verbal sparring and even has a long-standing feud with Roger Federer.

You see back in 2006, Federer criticised a then 19-year-old Djokovic during a Davis Cup tie after the Serb kept calling for medical treatment over a problem with his sinuses.

The problem worsened in 2008 when the Swiss star told Djokovic's family to "keep quiet" during a match between the pair at the Monte Carlo Masters.

Over a decade later, there doesn't appear to be any bad-blood between Roger and Novak, but Srdjan has been unable to hold his tongue and savaged Federer about the David Cup incident in an interview with Newsweek Europe.

Simple question: Who is better – Novak Djokovic or Roger Federer? Tell us who your pick is and why in the comments section below…

"Novak was just 19 at the time. He had a deviation of his sinuses and couldn’t breathe. And Federer tried in every possible way to disrespect him because of his breathing problem," the 61-year-old said.

"As much as he is a great champion, Federer is not such a good man."

He even urged the eight-time Wimbledon champion to retire, and has hit out at Rafa Nadal on occasion too.

I guess the next time Srdjan causes a stir we shouldn't really be too surprised – after all, he's been doing it for 15 years.