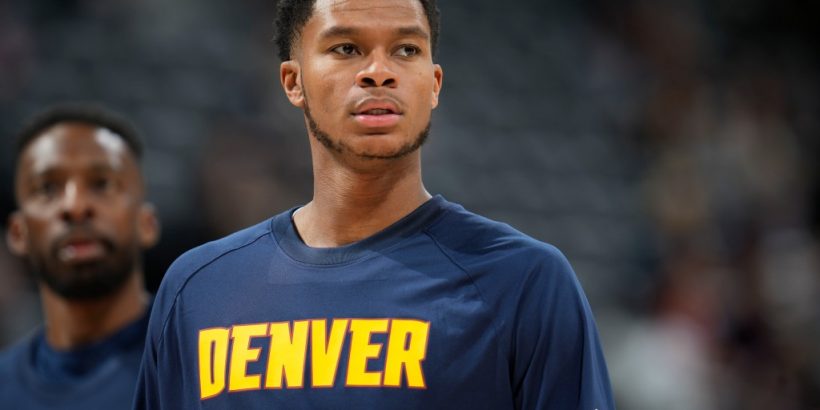 Dozier, 25, is universally liked throughout the Nuggets’ organization and was a staple of coach Michael Malone’s bench rotation. The timing of the injury is even more devastating as he’ll be extension eligible this spring.

As the Nuggets filtered out of Moda Center in Portland late Tuesday night, they didn’t have any official word on Dozier’s status, but the emotional tones suggested something serious. Dozier exited the game late in the first quarter after landing awkwardly on a drive.

“Everybody kind of embraced him in the locker room,” said Nuggets guard Monte Morris following the team’s 119-100 loss to Portland on Tuesday night. “You never know what somebody’s going through, on or off the court. Prayers to P.J. Really, really good friend of mine, and I’m wishing him the best.”

Dozier went at Blazers center Cody Zeller on a layup attempt with 49 seconds left in the first quarter but came down off-balance, with all of the pressure on his left knee. Denver’s training staff rushed to him as he lay on the court holding his knee, and he was later carried off the court by two teammates.

He was ruled out for the rest of the game at halftime.

Nuggets guards Jamal Murray, who’s recovering from an ACL tear, and rookie Bones Hyland, who didn’t play Tuesday due to an ankle sprain, both shared prayers for Dozier on their social media accounts.

“We don’t know nothing yet,” Morris said. “It (stinks) to see a friend like that, a real close friend of mine, deal with anything injury-wise. We’re keeping him in our spirits, praying on it and hopefully he can stick around with us and continue to play if he can get through it. It just (stinks), man. He’s in a spot right now.”

Veteran Jeff Green refrained from sharing many details after the loss.

“He’s bummed that he had to leave the game, and he was injured,” Green said. “He’s just bummed. He’s mad he got hurt.”

Malone didn’t offer any update on Dozier’s status, either.

Dozier’s injury is the latest in an awful stretch of issues that have depleted the Nuggets’ rotations. On Tuesday alone, Nikola Jokic (wrist), Michael Porter Jr. (back), Murray and Hyland all were out due to injuries. Forward Zeke Nnaji just returned following a four-game absence due to an ankle sprain.

After going through pre-game shooting drills without a brace on his right wrist, there appeared to be some level of optimism Jokic could return for Friday’s game against Milwaukee. The reeling Nuggets, losers of five straight, desperately need the return of their MVP.

Dozier’s injury overshadowed what was an ugly showing from the remaining healthy Nuggets. Malone blasted his team for their selfish play during a game-changing 18-3 run late in the second quarter, and Morris lamented guys taking plays off.

“We just gotta be tougher,” Morris said. “We’re getting punked out there.”