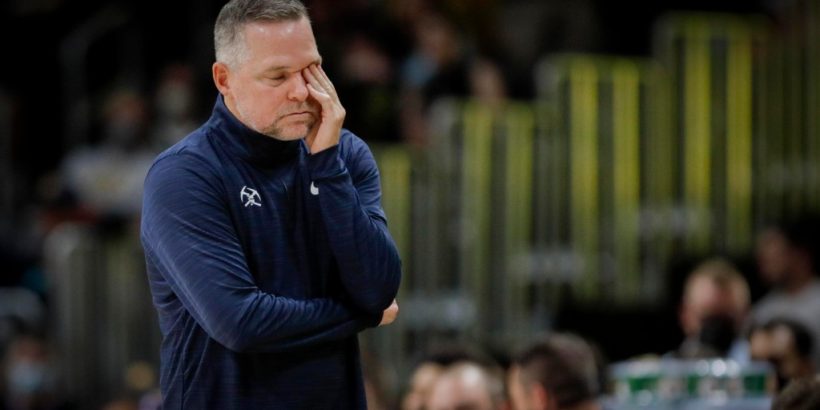 Once he sat down with reporters, his frustration bubbled to the surface.

Asked what needed to be cleaned up between practice and Wednesday’s opening night in Phoenix, Malone rattled off a laundry list of issues that their five-game preseason didn’t sort out.

“It’s everything,” he said. “We’re just not a very good team right now. No organization, too many blown sets, too many blown coverages, lack of communication, too many turnovers, sloppy, throwing the ball all over the place, starters got beat today because they had 15 turnovers and the other team only had five.”

Perhaps that’s as good a place as any to start. The Nuggets’ starting five – Monte Morris, Will Barton, Aaron Gordon, Michael Porter Jr. and Nikola Jokic – got beat by Denver’s second unit, which had been inconsistent at best over the past two weeks. Outside of moments from P.J. Dozier, JaMychal Green, Jeff Green and rookie Bones Hyland, that unit had hardly gelled.

If some combination of Denver’s reserves took it to the Nuggets’ typical starters, what will the reigning Western Conference champion Suns do?

“If we walk into Phoenix playing the way we played today, it’s gonna be really ugly, really early,” he said.

Malone couldn’t boil it down to one problem. The second unit has been in flux all camp, owing to ankle injuries to both Will Barton and JaMychal Green, Hyland’s emergence and the lackluster play of both Facu Campazzo and Austin Rivers. The reserve backcourt appears to be the most fluid.

Malone, who mentioned complacency regarding his reserves earlier in training camp, used the word again, although this time in reference to his entire team. Did they think their previous triumphs over the last three years guaranteed them anything about this season, he wondered aloud.

But the core of his frustration stemmed from his team’s inability – or unwillingness – to talk.

He said he’s challenged all of the team’s guards to be more vocal and more assertive.

He mentioned Morris, Campazzo, Dozier and Hyland by name.

The Nuggets will have one day to ruminate on the mess that unfolded Saturday afternoon before hitting the practice court again Monday. Frustrated with his team’s progress, Malone wouldn’t commit to any growth from his team Saturday afternoon.