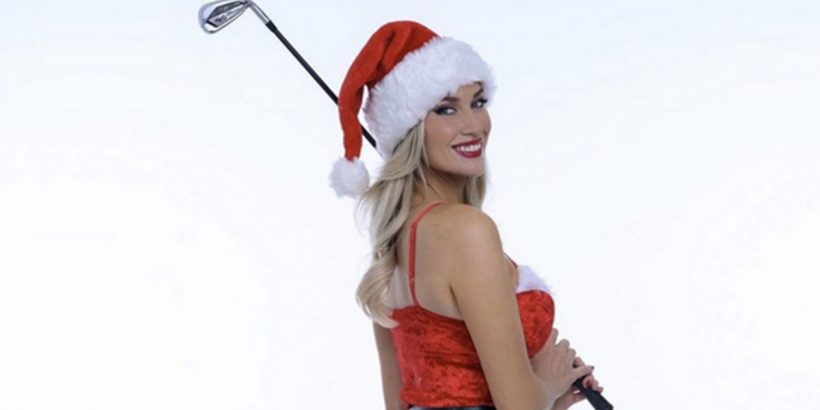 Golf stunner Paige Spiranac has revealed she believed Santa Claus was real until she was 15, having been convinced that her mum would "never lie to me about Santa Claus".

Spiranac, who played golf professionally between 2015 and 2016, co-hosts a podcast about the sport called 'Playing-A-Round' with Amanda Rose. And on the latest episode, Spiranac left Rose stunned with her revelation about Santa.

"I fully believed my parents that Santa existed until I was about fifteen," Spiranac said. "Shut the f*** up," Rose replied. "I can so see you [doing that], oh my god. That is so you."

Spiranac explained: "I knew about the Easter bunny, tooth fairy all that. But Santa? Santa I believed in for a very, very long time.

"I remember I was six or seven and other kids were saying 'you're dumb, there's no Santa'. And I'm saying no, I believe.

"Anyone who knows my mom knows she doesn't lie. I think she's like part-robot, she has no emotions and never cries.

"She never lies, she's the most honest person. Say we get money back and it's a penny over she'll get back in line for an hour to give it back.

"So I was like my mom would never lie to me about Santa Claus, this would ever happen. Finally I was about 14/15 and we're all sitting around on Christmas Eve and my aunt goes 'you know Santa doesn't exist'?

"I can't believe you made it halfway to 30 believing in Santa," Rose replied. "That is admirable."