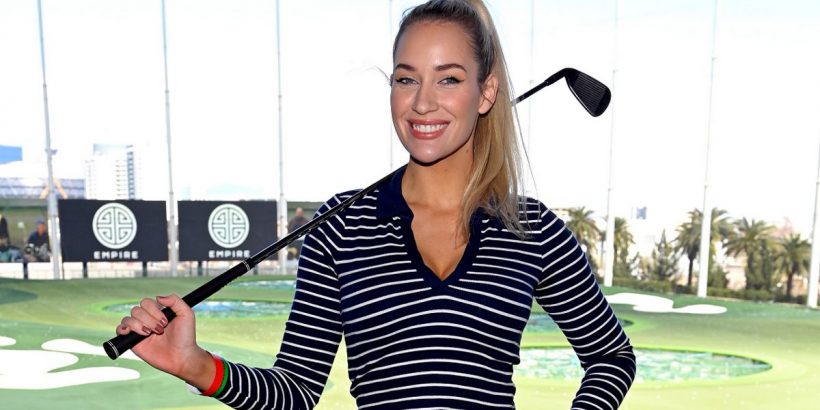 Fans have even been offered the chance to enter a free competition to caddy for either player with the match taking place on June 5. Spiranac took to Twitter to launch the competition telling her 768,000 followers: "The legend John Daly and I are playing a match against each other! But here’s the cool part, two lucky winners will be picked to caddy for us!"

Spiranac has a growing fanbase of over 3.7million followers on Instagram who she regularly treats to pictures of herself in revealing golf outfits.

The golf influencer was voted Maxim's World's Sexiest Woman in 2022 and recently launched her own subscription service called OnlyPaige, promising followers her "sexiest snaps ever."

Spiranac is also a former professional golfer and now posts YouTube tutorials to her fans. She will face professional American golf star Daly, aged 56, who won the PGA Championship in 1991 and The Open four years later.

Daly has the nickname "Wild Thing" and has previously lived up to his reputation smoking 40 cigarettes a day and having four ex-wives. The American golf star has also had struggles against alcohol twice going into to rehab for alcoholism.

Fans can enter the competition to caddy for either Daly or Spiranac. Some were left wondering who they would rather caddy for. @Jimicrab68 said: "Honestly, that would be a difficult choice of whom you would wanna caddy for. Either would be a story to tell for the rest of your life. But to be in the presence of both would be priceless!"

Who would you rather caddy for Paige Spiranac or John Daly? Let us know your thoughts in the comments section

Despite following Spiranac on Twitter some fans were keener to caddy for her opponent Daly with @tjwhite82 adding: "I opted for Daly because I figured I'd have better odds. Caddying for Jon would've been a lot cooler of an opportunity before I gave up drinking but then they would've had to caddy the caddy.."

With the pair set to compete at the Geneva International some of Spiranac's international fans want to watch the contest live. @Ace_Freeman72 said: "I assume this won’t be televised but will there be a stream or anything that way we can watch this."