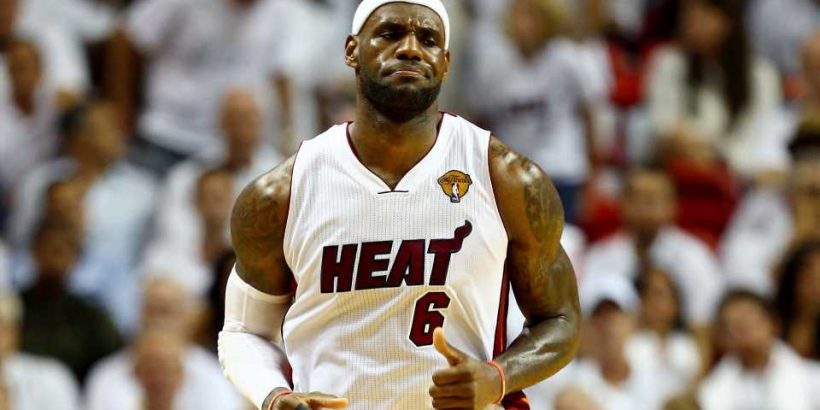 Could LeBron James take his talents to South Beach again?

Hall of Famer Pat Riley, who oversaw Miami as team president after winning an NBA title there as coach and helped orchestrate LeBron’s arrival in Miami, is leaving the door open for a potential return.

Speaking on the Dan Le Batard radio show, Riley said he would leave King James a key to open the door to his former kingdom, should he want to don a Heat uni once again:

I would leave the key under the doormat, if he would call me and let me know that he’s coming. I would do that, but I doubt very much that key — that key is rusted now. LeBron, look, he’s one of the greatest of all time. And for four years down here — if we want to go back and remember what those four years were like — it was four years in the Finals, four years of excitement, two world championships. The LeBron, Chris Bosh, Dwyane Wade, Ray Allen, Shane Battier, Udonis (Haslem), it was the best time for the Heat. So I wish him nothing but the best, and if he ever wanted to come back, then I’ll put a new shiny key under that mat.

In any case, Riley seems open to a reunion with James in Miami.

How likely is it? Not very. James is under contract with the Lakers for the next two seasons, hitting free agency when he’s 38. Never say never, but unless James decides to force his way out of Los Angeles or wants to gear up for a return to South Beach, don’t count on it.

Riley, though, may want to make sure the locks haven’t been changed. Just in case.