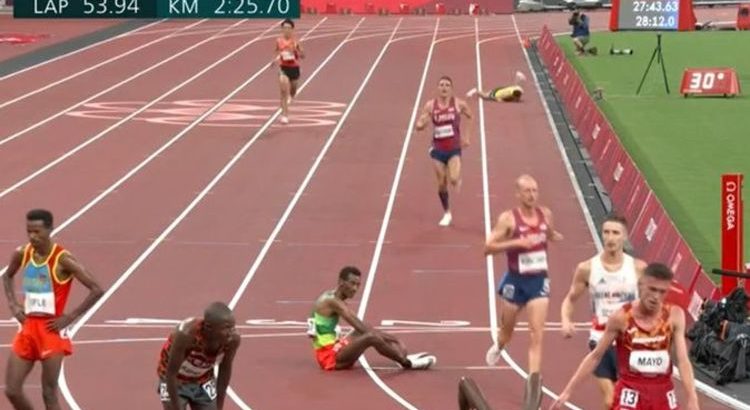 Ethiopia’s Selemon Barega took the 10,000m Olympic title in what proved to be a slow race with rising temperatures clearly a factor and Patrick Tiernan appeared to be feeling the heat as his race came to an end. Stephen Kissa set the pace early on with the chasing pack refusing to close in for most of the opening stages of the race.

It soon became clear that the runners weren’t willing to overly exert themselves in the humid conditions.

And there was a bunch of runners still in contention heading into the final 300m before Barega was the first to make his move.

Joshua Cheptegei and Jacob Kiplimo were trying to close in on the Ethiopian, but Barega had made his move at the right time to secure the gold medal.

Athletes soon burst over the line with many collapsing to the floor in pure exhaustion.

But Australia’s Tiernan was noticeably struggling as he approached the final 100m.

JUST IN: Tom Daley on being the ‘grandad of diving’, a father and striking gold