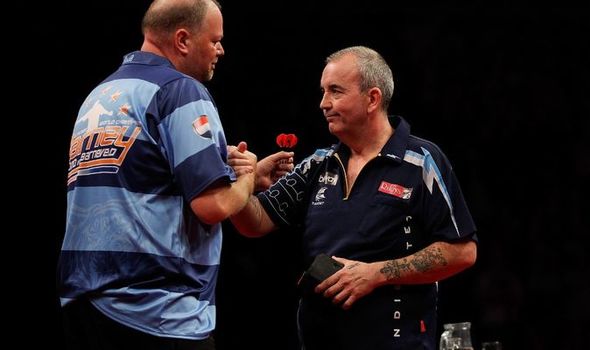 Phil Taylor and Raymond van Barneveld’s rivalry will be renewed to fill the sporting void caused by the coronavirus pandemic. The retired darts legends, who have an incredible 21 world titles between them, will be playing from their homes using an interactive Target Nexus board.

The event is being organised by Paddy Power, who will be donating £1,000 for every 180 hit during the match.

The match format is first to seven legs (best of 13) in a traditional 501 start, double-out game.

A Paddy Power spokesman said: “The whole world has been lamenting the loss of top-level sport to keep us entertained in these strange times.

“Well you don’t get much more top-level than Taylor and Barney when it comes to darts, and both players will be really going for it. 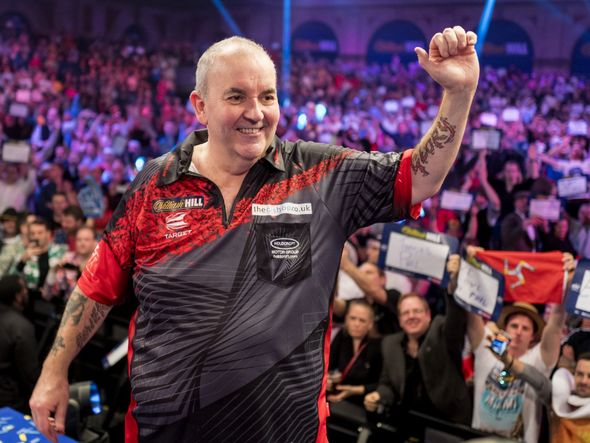 “It may not be Ally Pally, but Darts From Home should at least offer some relief for all my fellow sports fans who are going stir crazy during lockdown.”

What time is Phil Taylor vs Raymond van Barneveld?

The Darts From Home match is scheduled to start at 7pm BST tonight. 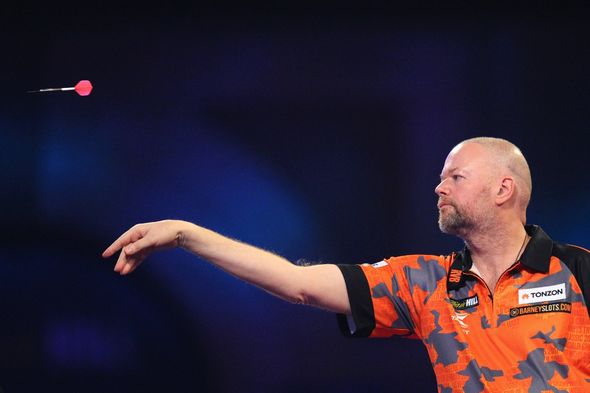 What has been said?

“I should have never lost that [2007 final]. I’m sitting here now thinking that’s money I’ve thrown away there that I could have used now.

“It was the most talked-about rivalry. Sky would put up ‘Taylor vs Barneveld’ and they had a clock ticking down for a few weeks.”

Van Barneveld: “I’m the only one of two other players who have five or more world championships.

“The others are Phil Taylor and Eric Bristow. I’m proud of that.”