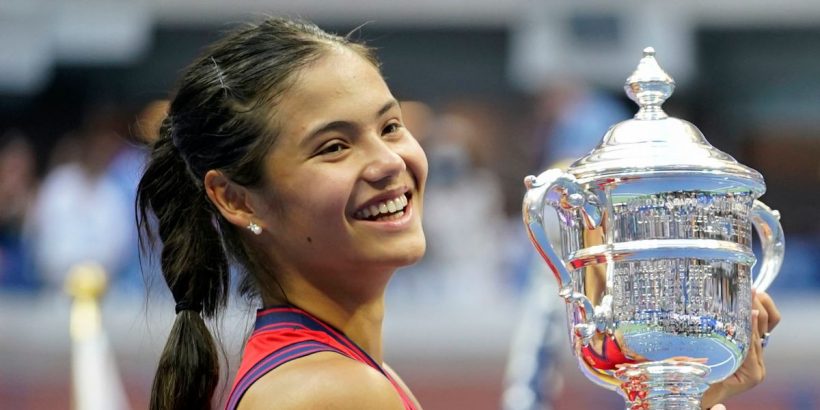 Piers Morgan insists he has been "totally vindicated" after Emma Raducanu clinched US Open glory on Saturday night.

Raducanu, 18, etched her name into the history books by winning the major tournament in New York, becoming the first ever qualifier to claim a Grand Slam.

By getting the better of Leylah Fernandez, 19, the Bromley teenager has also ended Britain's 44-year wait for a women's Grand Slam champion, not dropping a single set on her way to the title.

She has bounced back in spectacular fashion after suffering disappointment at Wimbledon over the summer, when breathing difficulties forced her to retire in the second set of her fourth-round clash with Ajla Tomljanovic.

Controversial broadcaster Morgan was heavily critical of Raducanu when she retired in that match, taking to Twitter to question her toughness at the time.

"Ms Raducanu's a talented player but couldn't handle the pressure & quit when she was losing badly," he said.

"Not 'brave', just a shame. If I were her, I'd tell my fans to stop abusing [John] McEnroe, & seek his advice on how to toughen up & become a champion like he was."

Do you think Piers Morgan was right to criticise Emma Raducanu earlier this year? Let us know in the comments section below.

Following her victory over Fernandez on Saturday night, several fans poked fun at Morgan over his previous criticism of Raducanu – but the former GMB host says he has been vindicated.

But Morgan hit back: "I said she needed to toughen up after she quit. She toughened up. The words you’re seeking are ‘Thanks Piers’."

He also tweeted: "From Wimbledon choker to US Open champion in 3 months…. never seen a more brilliant illustration of mental strength & resilience than @EmmaRaducanu's win. That's what elite sport is all about – facing up to loss/adversity & going again with no whining & steely determination."

Another user tweeted: "A bad day for Piers Morgan means a huge win for mankind. Maybe people should try a little more to encourage young talents instead of dragging them down."

And he responded: "A bad day? I've been totally vindicated. She took my advice and won."