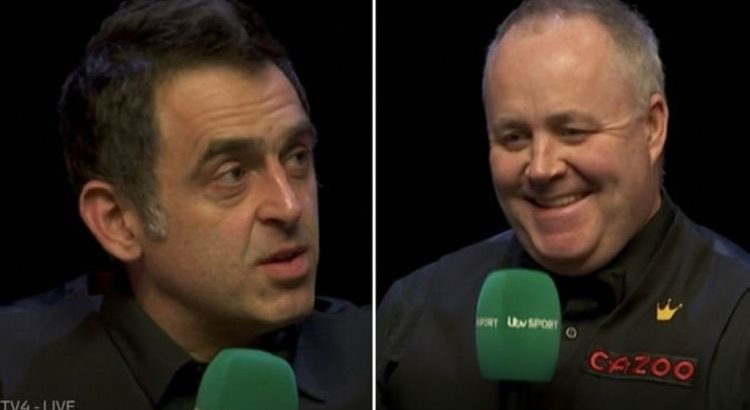 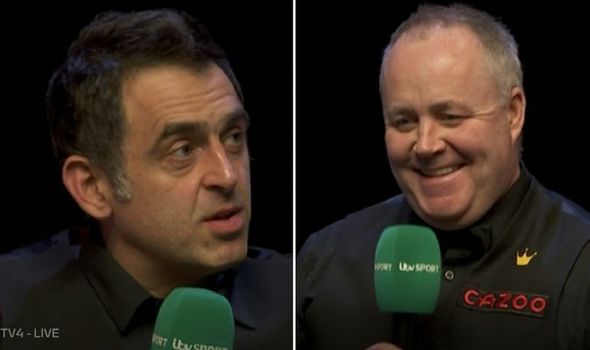 John Higgins declared his Players Championship triumph the best week of his entire career with the Scot elated to beat the man he labels snooker’s “best ever” in Ronnie O’Sullivan on Sunday.

Having only dropped one frame in his three matches in the run-up to the final against Welsh Open winner Jordan Brown, Mark Selby and Kyren Wilson, Higgins won 10-3 against O’Sullivan.

Higgins was dominant throughout and raced into a 6-2 lead at halfway before dispatching of Ronnie ‘The Rocket’ in the evening session.

O’Sullivan didn’t even pot a ball in five of the 13 frames played between the pair.

This is the 31st ranking title triumph for the ‘Wizard of Wishaw’, who is a four-time world champion but has endured a dearth of success in recent years. 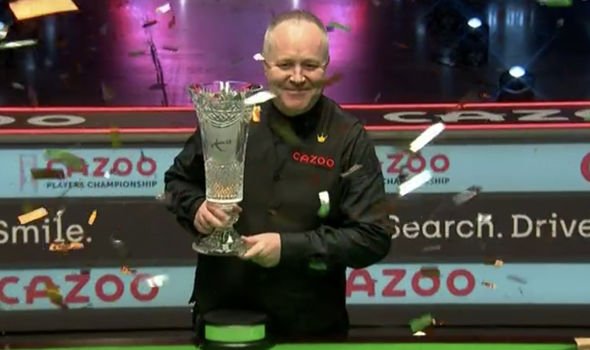 And delighted after such a long-awaited victory, which he sealed with a century, Higgins said that his latest week in Milton Keynes is the finest champion of his career.

“It’s the best week I’ve ever had,” he told ITV Sport. “I’ve won world titles and different tournaments but for the whole week, the way I’ve felt, the calibre of players I’ve come up against, I’ve managed to win quite convincingly.

“It’s not really like me to do that. Now normally I’d be scrapping it out, final frame deciders and the like. But this week I’ve done like a Ronnie, I’ve been through the field pretty easy.

On his opponent O’Sullivan, Higgins continued: “Listen we’ve grown up together. I’ve said it there’s nobody in the game who has got more respect than I’ve got for Ronnie.

“The best ever. So for me to beat the best ever tonight, it’s a brilliant feather in my cap. Brilliant.”

Asked if he doubted he would win another trophy having not won a title since the Welsh Open in 2018, Higgins admitted: “Yeah without a doubt.

“You see the standard the top boys are playing, you’re coming up against and you’re beating 80 or 90 per cent of the rest of the tour but against the top boys they were just playing too strong for me and too good.

“Of course I was doubting myself. If one of them wasn’t going to be beating you it might be another one of the top boys.

“It’s very pleasing to win. I don’t know what a trophy looks like the last three years so it’s good to a final and get my hands on one again!”

Higgins hopes that the confidence he’s gained from his Players Championship win can carry him through the upcoming events.

“Yeah without a doubt. I wasn’t in the Tour Championship before this event,” the 45-year-old added. 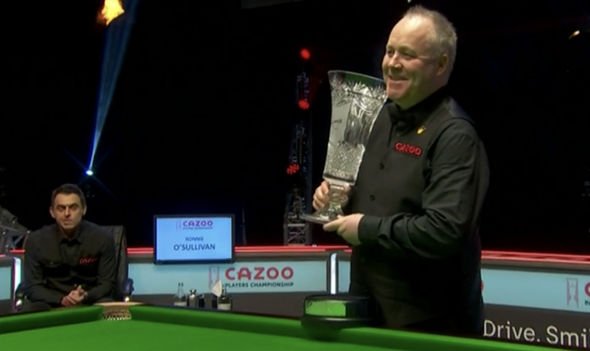 “I was coming up against Jordan Brown on the crest of a wave so I was thinking I might have a good four or five weeks off before the Crucible.

“But it’s brilliant to win this knowing I’m going the Tour Championship and then the big one in April. If I could repeat that sort of performance, I’d have to fancy my chances but there’s so many great players.”

“Once you don’t punish John and he’s playing as well as he is, you do a lot of sitting in your chair.