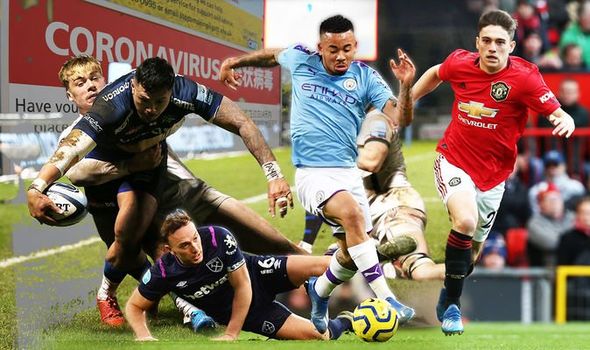 Sportsmen always want to win the race. It is hard-wired into them. So when Premiership Rugby’s chief executive Darren Childs announced this week that his sport was determined to be the first back on television after the current hiatus he probably thought he was reflecting the views of his players. Serve up that precious fix of live action, please the broadcasters and sponsors and beat the competition while they’re at it….what’s not to like?

Only the fact that a headlong rush back onto the playing fields would be a betrayal of the fight the nation is currently undertaking.

The players want to play, yes. But they want to play when it is safe for them, their teammates, their opponents and their families. Not when it suits an empty television schedule and a boardroom boss who has spectacularly missed the point.

A crisis like the one we find ourselves in now due to the coronavirus brings out the best and the worst in people.

There have been countless examples of sport and sportsmen doing the right thing over the recent dizzying days.

Jose Mourinho’s bag packing, Carlo Ancelotti’s calls to the lonely, Amir Khan handing over his wedding hall to the NHS….it is heartwarming to see how the big names have mirrored the rest of the country in coming together at this critical moment. 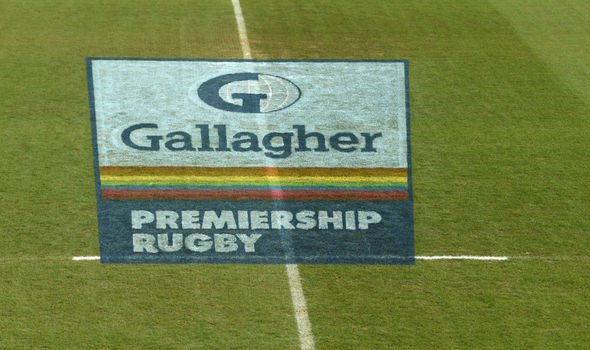 But there is always one who lets the side down. In announcing his bold goal, Childs sounded suspiciously like the bloke intent on hosting a barbecue when everyone else is obeying lockdown.

In his past life Childs was a television executive. But this is real life, not some TV drama.

Behind-closed-doors rugby, midweek rugby, multi-game matchdays…his thoughts smacked of a fantasy world somewhere in another galaxy from the present reality.

Professional rugby union has always practised back-of-a-fag packet economics – the Premiership clubs lost £45million between them last year – but existing holes are being widened uncomfortably by this prolonged period of inactivity.

Premiership Rugby is not the only organisation which is struggling. The financial high wire many sports operate on means that even with the government’s furlough pay they are in trouble.

The response though cannot be to risk the health of the players and of wider society. The NHS have other priorities right now than to service sports fixtures.

When UEFA and the IOC are moving the Euros and the Olympics into 2022 it should be clear which way the tide is flowing.

To swim against it by trying to fast-forward the return to competitive sport is grand folly.

It is a lesson which would be well-learned by the Premier League as they privately work towards a June 1 return date.

There is much water to flow under the bridge before then and much of it will be choppy. Maybe our collective actions will have changed the Covid-19 equation by then; maybe some degree of normality will have returned. If the country is in a safe space then for sport great. But do not push the envelope.

We all want to see sport’s resurrection and it will seem all the more glorious and captivating when it arrives but, set against the all-consuming landscape of the virus, there is no hurry.

Delayed gratification is the name of the game. This is a long-distance race. Sprint to finish first and we all end up last.

There has been disquiet in Europe’s ranks over whether the race to qualify for the Ryder Cup can be a fair one given the string of postponements on both sides of the Atlantic.

Graeme McDowell and Tommy Fleetwood have both spoken up on the issue with a gaping hole in the schedule ahead of the September 25 clash at Whistling Straits. 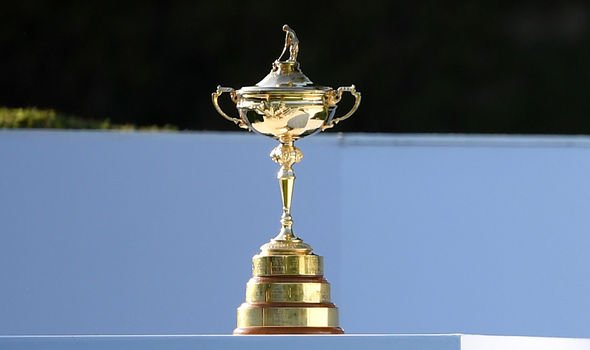 Justin Rose has suggested the solution could be eight captain’s picks for each 12-man team and he is on the right track.

The answer should be to scrap qualification entirely this time around and hand captains Padraig Harrington and Steve Stricker 12 selections each.

It would be radical for the Ryder Cup but what is really so odd about asking a manager to name his own team?

If the Glazers believe Tom Brady is good value for their Tampa Bay Buccaneers at 42 it sets you wondering as to what they might be thinking for Manchester United in terms of old gold.

Unless they want to talk someone out of retirement – Thierry Henry maybe? – there are limited options knocking around but the cupboard isn’t bare. Incredibly there are two active 42-year-old footballers still playing in Europe’s top leagues.

One is Montpellier’s Brazilian defender Vitorino Hilton and the other is Juventus goalkeeping great Gianluigi Buffon.

United might their work cut out snapping up Buffon though as he is reportedly about to sign a one-year contract extension in Turin.

No real cricket so… dice cricket. Season off to a losing start this week but it was a green-ish tablecloth and the die was nibbling about a bit. There’s always next week. And the week after…