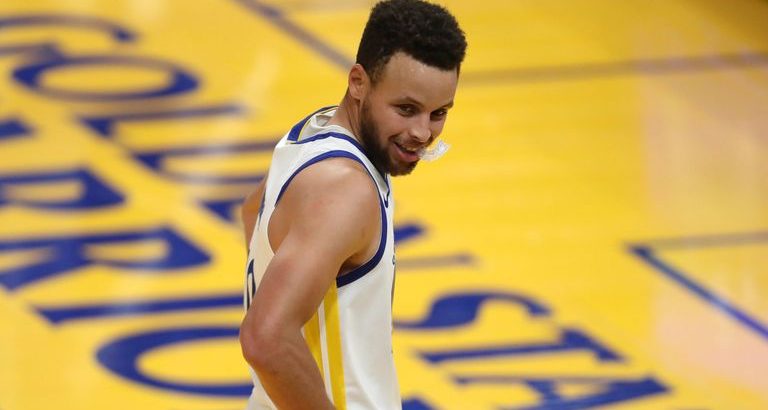 The Memphis Grizzlies and Golden State Warriors get a chance to determine their Western Conference Play-In destinations on Sunday evening when they go head to head in the regular-season finale in San Francisco.

The clubs enter the game with identical 38-33 records, tied for eighth in the West, meaning the winner will earn the No 8 seed and a road game Wednesday against the seventh-seeded club (either the Los Angeles Lakers or Portland), while the loser will host 10th-place San Antonio as the No 9 seed.

There’s a significant advantage to finishing eighth. That team would have to lose twice in order to be denied entry into the eight-team main draw. The ninth-place team, on the other hand, must win twice in order to stay alive.

The loser of the 7-8 game will play the winner of the 9-10 game on Friday night, with the victor in that one entering the playoffs as the No 8 seed.

The Grizzlies and Warriors split earlier meetings as part of a two-night, two-game sequence in March at Memphis when neither team was at full strength.

Golden State was without Stephen Curry when it surprised the Grizzlies 116-103 on the road in the set opener, before Memphis, without Jaren Jackson Jr, outplayed the Warriors late for a 111-103 victory in the rematch the next night.

Curry and Jackson have since returned to play key roles as the Warriors and Grizzlies have gathered momentum down the stretch.

Golden State has accumulated the best record in the West since April 10, going 14-5 in a stretch highlighted by a sweep of the conference’s top two teams – Utah and Phoenix – on consecutive nights at home last Sunday and Monday.

Curry had 36 and 21 points in those games, continuing a stretch in which he’s averaged 36.7 points in his last 21 games.

The run has propelled Curry into the NBA scoring lead at 31.8 points per game.

He would need to score 10 points Sunday to retain his lead over second-place Bradley Beal (31.4) should the challenger miss a fourth straight game with a hamstring injury.

If Beal were to return to face Charlotte, then he’d give Curry a new target to hit in a game that is scheduled to start two-and-a-half hours later than the Washington-Charlotte tip-off.

Friday night, Curry and fellow Golden State standouts Draymond Green and Andrew Wiggins were given the night off since Sunday’s game would still determine the eighth seed regardless of the outcome Friday. Yet the Warriors still ran their winning streak to five with a 125-122 home win over New Orleans. Jordan Poole paced Golden State with a career-high 38 points.

“It was really great for them to get a night off. They’ve all been banged up,” Warriors coach Steve Kerr noted after the win. “We’ve played a ton of games lately, and to be able to win the game without Andrew, Stephen and Draymond was really important. We’ll be fresh and ready to go.”

Likewise, the Grizzlies sat out Jackson, Ja Morant, Jonas Valanciunas, Dillon Brooks, Brandon Clarke and Kyle Anderson when they put up a fifth straight win Friday at home over Sacramento, 107-106. Killian Tillie buried a key three-pointer to secure the victory.

Memphis was in a similar situation last year in the bubble, needing to win the regular-season finale over Milwaukee to earn a spot in the play-in game against Portland. The Grizzlies beat the Bucks 119-106 to get in behind 31 points from Brooks and a triple-double from Valanciunas.

“I had confidence then,” Morant reflected Friday, “and I have confidence now.”