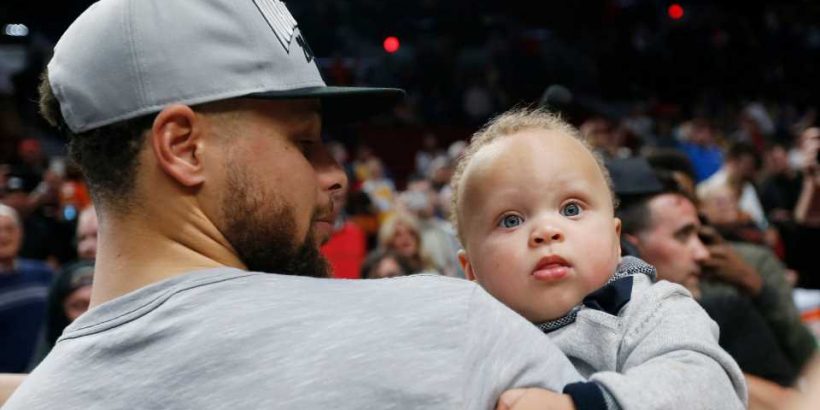 It didn’t seem as if anything could top Stephen Curry’s celebration of the Warriors’ season-ending win over the Grizzlies on Sunday.

Curry’s Baron Davis-inspired lift of his jersey after a dagger 3-point shot became an instant classic. It will stand out as one of the biggest highlights from the victory that clinched eighth place in the West for Golden State.

But somebody else in the Curry household may have outdone Steph’s celebration: his 2-year-old son, Canon, who clearly enjoyed his father’s celebration enough to mimic it.

Canon may not have finished the day with 46 points, nor did he win an NBA scoring title by averaging 32.0 points per game for the season. But his celebration probably one-ups the one by his father, simply because Canon’s was so adorable.

Hey, maybe Davis will weigh in on it later on. After all, he seemed to love the elder Curry’s celebration/acknowledgement.