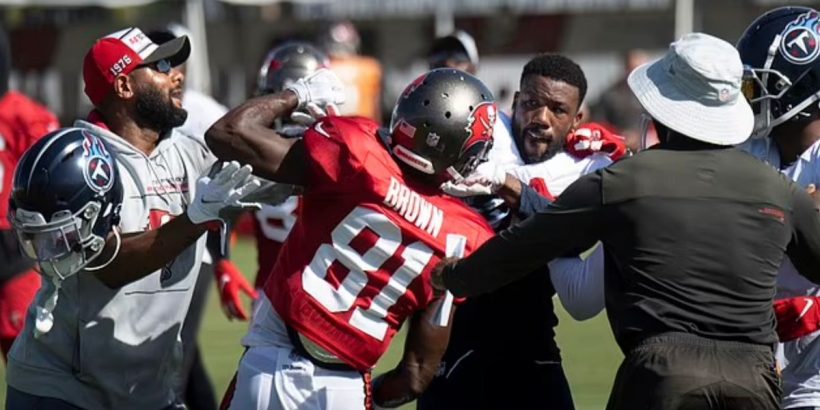 Hot-headed NFL star Antonio Brown was thrown out of a joint training session for ripping off the helmet of a rival and punching him.

While the pressure was off as the Tampa Bay Buccaneers engaged in a friendly practice session with the Tennessee Titans, wide receiver Brown didn't appear to get the memo.

The 33-year-old seemed to take exception to something said or done by Chris Jackson in a one-on-one drill involving the pair.

They had to be separated as Brown and Jackson exchanged words before the Bucs star threw a punch.

Tampa Bay Times reporter Rick Stroud said in a tweet Brown "ripped off Jackson's helmet", while photos show him connecting with the Titans cornerback's jaw with a swing of his left arm. Brown was ejected from practice, but was allowed to return later for seven v seven drills once he had cooled off.

It proved to be a feisty day of practice all around, with the Nashville Tennessean reporting that the two teams were involved in four bust-ups in total.

Stroud said Jovan Hagan was involved as more fighting broke out during punt coverage drills, while he witnessed Leonard Fournette and Jeffery Simmons "go at it" after a play also.

Bucs head coach Bruce Arians claimed after the session that he "didn't see any fighting or fists thrown".

Instead, he was happy with what his side had achieved during the two days' joint-practice with the Titans.

"Obviously it always happens when the flyers and the gunners get together, something starts. "But it was spirited, it was great practice and I really appreciate the Titans for coming down here and helping us get better, and hopefully we made them better."

Titans star Simmons was equally dismissive of the significance of the incidents during training, claiming: "It's football."

And Bucs linebacker Devin White, who was also involved in one of the incidents, spoke of the importance of backing up his teammates in such situations. 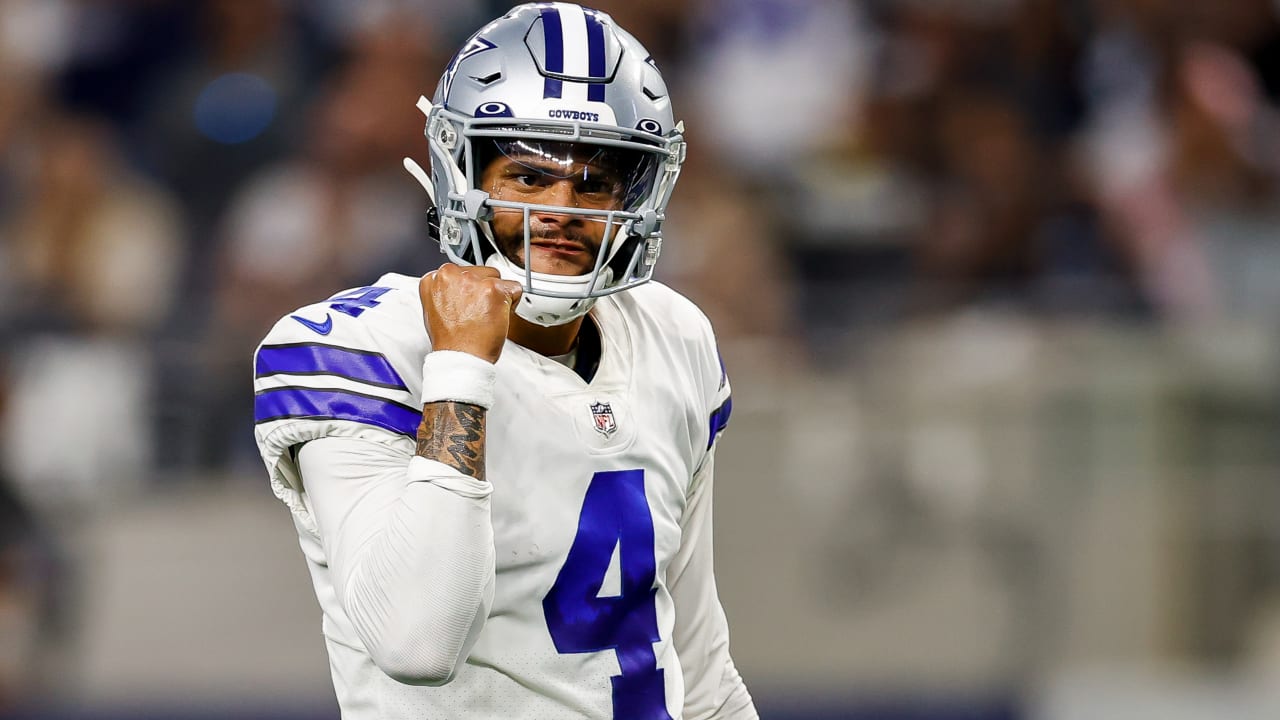