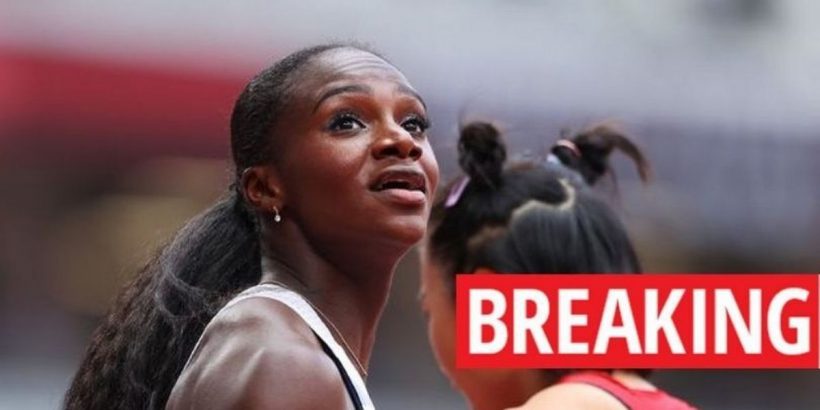 Team GB poster girl Dina Asher-Smith has failed to make the 100m final in Tokyo after a disappointing semi-final performance.

The Brit has been struggling for form of late and looked slightly laboured during the heats on Friday morning.

And Asher-Smith finished third in her 100m semi in Japan earlier today, leaving an anxious wait to see if her time was good enough to qualify.

Shelly-Ann Fraser-Pryce won the final semi, with Switzerland's Mujinga Kambundji in second – while fellow Brit Daryll Neita qualified instead of Asher-Smith after finishing fourth with a time of 11 seconds flat.

Asher-Smith's time of 11.05 means she unfortunately misses out.

The 25-year-old suffered her first defeat of 2021 on Friday, finishing second in the heats behind America’s Teahna Daniels.

Asher-Smith did have to withdraw from her final Olympic prep run due to a dodgy hamstring, which could be playing up again.

But the Brit fan-favourite had insisted she had more to offer before her defeat this morning.

"I think it's just not there in terms of that sharpness that you would normally see [from Asher-Smith]," Four-time Olympic gold medallist Michael Johnson said.

"So, Dina had a great reaction to the gun but she should be ahead of Del Ponte on the other side of her because she is a better starter. She is ahead – but not as much as we would expect.

"Then the second part, that ability to continue to stride and pick up power that you need at the end of the race in order to maintain that momentum just wasn't there."

While Asher-Smith will be gutted with the result, fellow Brit Neita was overjoyed after booking her place in the final.

"We are so proud for Daryll, I spoke to her before she went to Tokyo and she said she had had to work hard to turn her mind around – now she has found a place where she is very happy and performing," Former 400m Olympic gold medallist Christine Ohuruogu told the BBC.