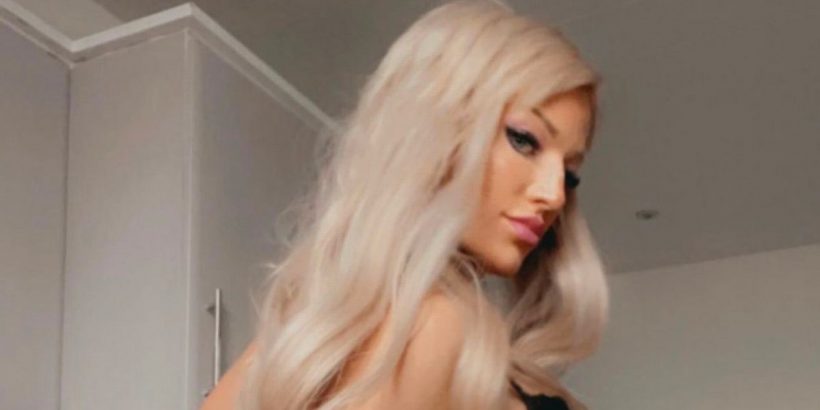 Christie competed in three Winter Olympic games as part of Team GB's Speed Skating side, but she was forced to watch on from the sidelines during the Beijing Olympics this January. The Scotswoman had announced her retirement – but is now targeting the 2026 games.

READ MORE: 'World's sexiest athlete' fears she will 'collapse' if she pushes any harder

Fans can now see exclusive content from the speed skating star for just over £11 each month.

Christie has even eased bearing all on the platform, and she said: "How many subscribers for a topless skating pic?" And fans are more than happy to see her on OnlyFans: "Elise Christie having OnlyFans?! She was the one good reason to watch speed skating [a] few years back!"

Another added: "I never thought Elise Christie would have an OnlyFans get that bag girl!"

What do you think of Elise Christie joining OnlyFans? Let us know in the comments section

After hanging up her skates, Christie quickly got the itch to return back to the sport.

Speaking on BBC Sport, Christie said: "Watching the 500m event the other day, I've made a vow that I'm going to do everything that I can to try to get back out at the next one…I'm going to have to go abroad realistically, be self-funded, and I am figuring all of that out.

"I need some time to do that, but I am definitely going to start getting back into shape, I've had three months of eating cookies."

The Scotswoman has never won a medal in the Olympics, and she infamously burst into tears when being interviewed after crashing out of the 500m speed skating final at the Gangneung Ice Arena in Pyeongchang in 2018. Christie had been challenging for the bronze medal but collided with Canadian Kim Boudin and toppled to the ice, crashing into the barriers.

That was after going for gold three times in Sochi, Russia four years previously and coming away empty handed. Sadly history repeated itself in South Korea as she missed another chance to take glory.

Dubbed the "Barbie Of Speed Skating", she was also trolled on Twitter by South Koreans. They blamed her for a crash which hit the chances of local favourite Park Seung-Hi.

Speed skating sees four to six skaters compete around an oval circuit on an ice rink. Crashes are common with the racers reaching speeds of up to 30mph and competing shoulder to shoulder.