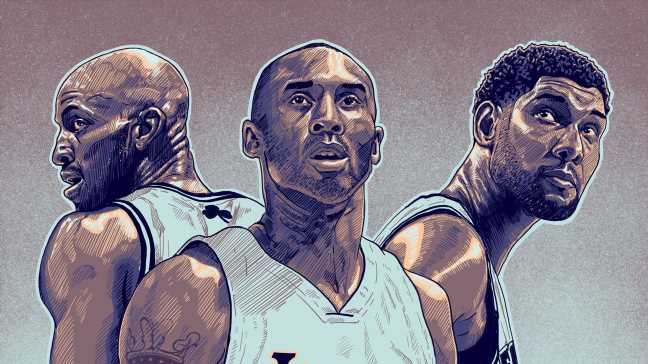 Kirk Goldsberry (@kirkgoldsberry) is a professor and an NBA analyst for ESPN.

This year’s Basketball Hall of Fame class is incredible from top to bottom, but its three NBA headliners — Kobe Bryant, Tim Duncan and Kevin Garnett — represent one of the greatest trios of players ever to get inducted together. As a trio, these guys dominated the post-Michael Jordan landscape and propelled professional basketball into the 21st century.

Together they lead one of the greatest Hall of Fame classes ever, making Saturday’s induction ceremony (5:30 p.m. ET on ESPN and the ESPN App) a must-watch. But as impressive as this trio is collectively, each became a Hall of Famer for different reasons individually. Let’s dive into each star’s résumé and examine his signature moves, starting with the late, great Kobe Bryant.